AquaSonic is funded by: Danish Arts Fundation and City of Aarhus

AquaSonic is created out of the desire to investigate an element that is essential for all humans and shaped by a continuous flow of questions emerging from a space in-between; between genres, between art/science, between the old comfort zone and possible new answers.

The result is a concert experience completely out of the ordinary; a deep dive into a spellbinding universe.

AquaSonic Live Trailer 2 from Between Music on Vimeo.

"We as the jury were struck by the incredible commitment and dedication it took to bring this production to life. The creators managed to find original and engaging ways to play quirky and fascinating mechanical instruments, to use breath and elicit song, all while remaining enveloped, as it were, in a fluid ‘otherworldliness’ underwater. The production is also striking for its stage design featuring human-size fish tanks, which are cleverly amplified. The result is radical and immersive music theatre and clearly reflects a willingness to work into the unknown." 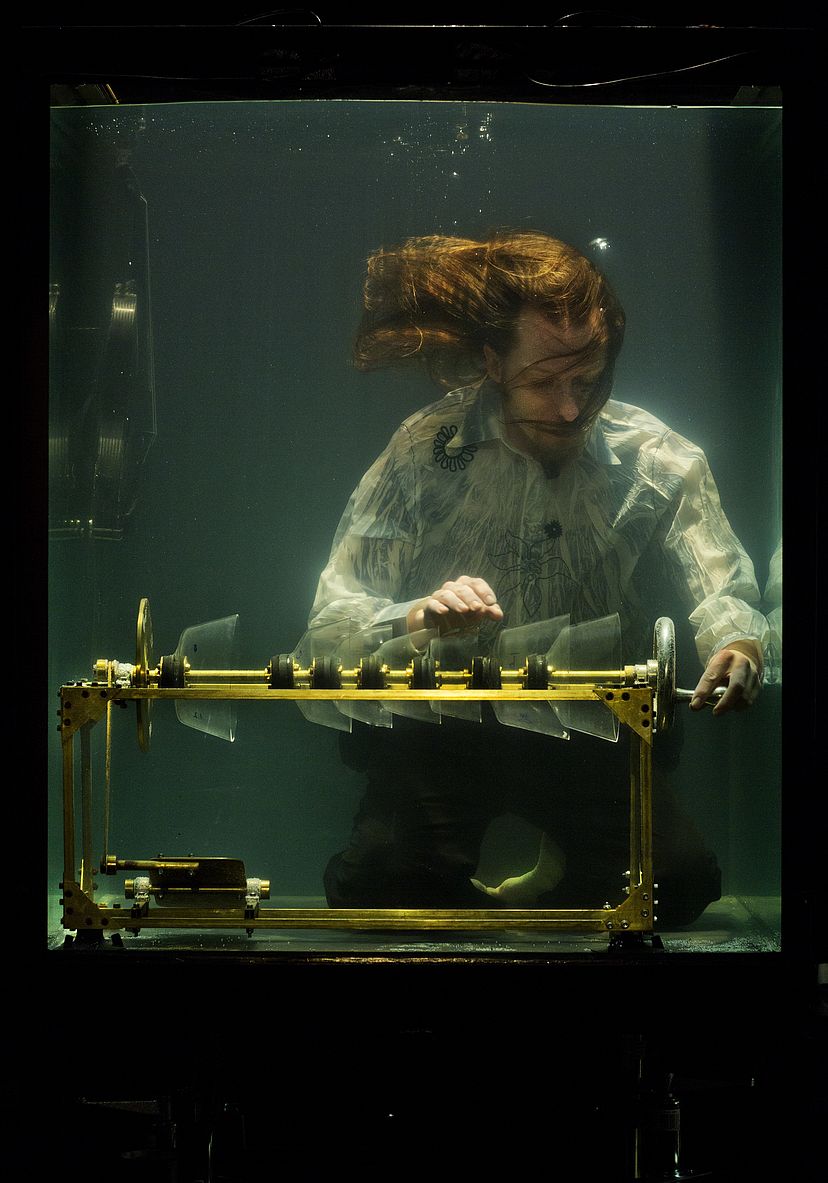