The Source is a modern-day oratorio; a patchwork of American primary-source texts from 2005-2010: The US military documents known as the ‘Iraq War Logs’ and ‘Afghan War Diary’ form a central part.

Four performers sit amongst the audience, who occupy the entire theater and are surrounded on all sides by four giant screens projecting video throughout. A band of seven musicians playing Hearne’s multistylistic score is stationed behind one of the screens.

The video is composed mostly from original footage of nearly 100 people’s faces as they watched an 8-minute excerpt of an airstrike by Apache helicopters in Baghdad on July 12, 2007. At the end of the piece, the same excerpt is shown to the audience.

The Source - Trailer from Beth Morrison Projects on Vimeo.

The Source is an oratorio with four-channel video about Chelsea Manning, the U.S. Army private responsible for leaking hundreds of thousands of classified documents to WikiLeaks.

The U.S. military documents known as the “Iraq War Logs” and “Afghan War Diary” form a central part of the libretto. This trove of classified communications leaked from the Dept. of Defense by Pfc Chelsea Manning (then Bradley Manning) was released in 2010 by WikiLeaks and their media partners. Manning, then twenty-two years old and stationed in Iraq, was reported to the authorities by the famed former hacker Adrian Lamo and arrested in May 2010. Manning had sought out Lamo online, drawn by his reputation as a hacker, his public support of WikiLeaks, and possibly his sexual orientation. The two engaged in online chats, during which Manning spoke of the leaks as well as about her feelings about herself, her gender identity, US foreign policy, and her hopes that her actions would lead to “worldwide discussion, debate and reforms.” Excerpts from these chats form the other core portion of Mark Doten’s libretto.

In August 2013, Manning was sentenced to thirty-five years’ imprisonment, after which she made public her transgender status and requested treatment necessary for her gender transition.

Four performers (two men, two women) sing, sitting amongst the audience members, who are surrounded by four giant video screens. A band of seven musicians is stationed behind one of the screens.

For this piece, Jim Findlay and Daniel Fish filmed nearly one hundred people individually as they watched a video of combat from the Iraq War, an eight-minute excerpt of an airstrike by Apache helicopters in Baghdad on July 12, 2007 and released by WikiLeaks in 2010. During the performance, the footage of the people watching the video is projected onto four screens that surround the audience and the singers, placing them all in one shared space.

is a composer, performer and bandleader. His Katrina Ballads was awarded the 2009 Gaudeamus Prize in composition, and was named one of the best classical albums of 2010 by Time Out Chicago and The Washington Post. His most recent collaboration paired him with Erykah Badu and the Brooklyn Philharmonic at BAM. Hearne is a member of Sleeping Giant and collaborates with Philip White as the vocal-electronics duo R WE WHO R WE. His 2015 album The Source was named one of the best albums of the year by The New York Times and The New Yorker, and Pitchfork called it "some of the most expressive socially engaged music in recent memory—from any genre." Recent commissions include works for the San Francisco Symphony, LA Philharmonic, The Guggenheim Museum and Roomful of Teeth.

is a stage director who makes work across the boundaries of theatre, film and opera. He draws on a broad range of forms and subject matter including plays, film scripts, contemporary fiction, military logs, essays and found audio. Recent work includes WHO LEFT THIS FORK HERE (2015), OKLAHOMA (2015) ETERNAL (2013, Noorderzon Festival, The Walker Arts Center and The Public Theater’s UNDER THE RADAR FESTIVAL), and A (radically condensed and expanded) SUPPOSEDLY FUN THING I’LL NEVER DO AGAIN. His work has been seen at theatres throughout the U.S. and Europe. Fish is a graduate of the Northwestern University's Dept. of Performance Studies.

has published texts in Conjunctions, Guernica, the Believer, and New York Magazine. His first novel, The Infernal, about the war on terror post-9/11, was published by Graywolf Press in 2015. He has an MFA from Columbia University and is the recipient of fellowships from Columbia and the MacDowell Colony. Doten lives in Brooklyn.

Jim Findlay works across boundaries as a theatre artist, visual artist, and film-maker. His most recent work includes his original performances Dream of the Red Chamber (2014) and Botanica (2012), the direction and design of David Lang's Whisper Opera for the Museum of Contemporary Art and Lincoln Center and the 3D film adaptation of Botanica. He has been awarded three Obies, two Bessies, and residencies at MacDowell, UCross, MassMOCA, and Mt Tremper Arts.

The Source is scored for four vocalists and seven instrumentalists (three acoustic strings, two amplified guitars and drummer, and a keyboardist). The music, like the text, is a hybrid work drawn from diverse sources. The subject matter is approached through discrete and tangentially related movements. Chelsea Manning's words (sung by all four singers) are scored with a musical language the stylistic profile of which constantly shifts, while the text of leaked military cables is set using live vocal processing.

Auto-tuned recitatives, neo-soul ballads, icy string trios and moments of bright music theatre are juxtaposed and overlaid. Referential shards of audio samples, ranging from Big Boi's interpolation of “Soul II Soul” to Clay Aiken's revisiting of The Threepenny Opera cut through and against magnifications of texts from military operations in Iraq and Afghanistan.

The Source is part vocal music, part instrumental music, and part four-channel video projection centered around the 2010 scandal in which army Private Bradley Manning (now Chelsea Manning) sent 700,000 classified government files with information connected to the wars in Iraq and Afghanistan to WikiLeaks.

Hearne sets fragments of the Manning materials to a score that swerves from the intimacy of a chamber ensemble to rock ‘n’ roll propulsion to a mysterious calm. Hearne’s music demonstrates how oratorio, contemporary opera, and innovative music theatre can tackle contemporary issues not with documentary realism— which is the domain of the internet, of television, and of film—but with musical beauty.

Given what is tragically happening in our world today, this work of art offers a powerful meditation on this specific moment in history.” – MTN Jury 2015 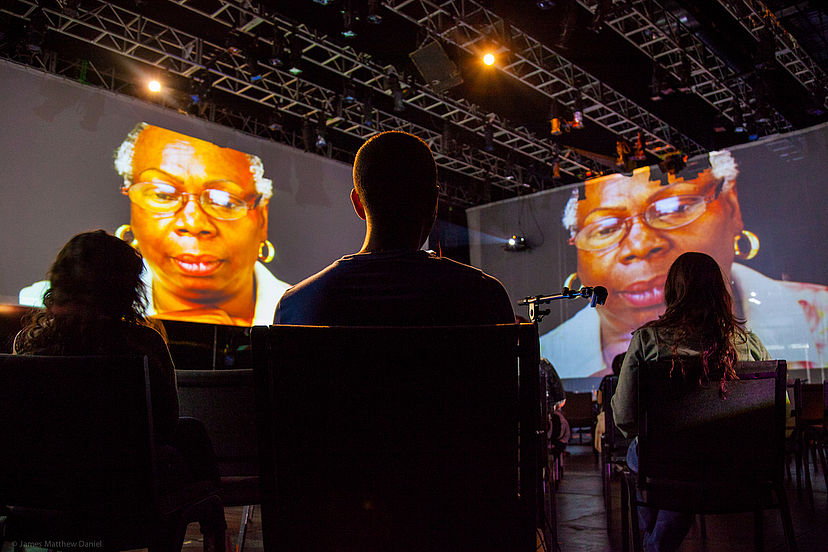 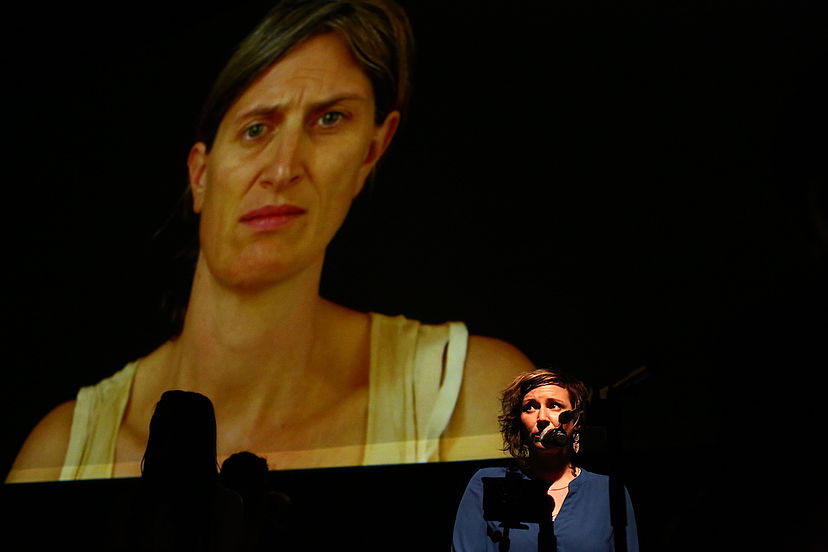 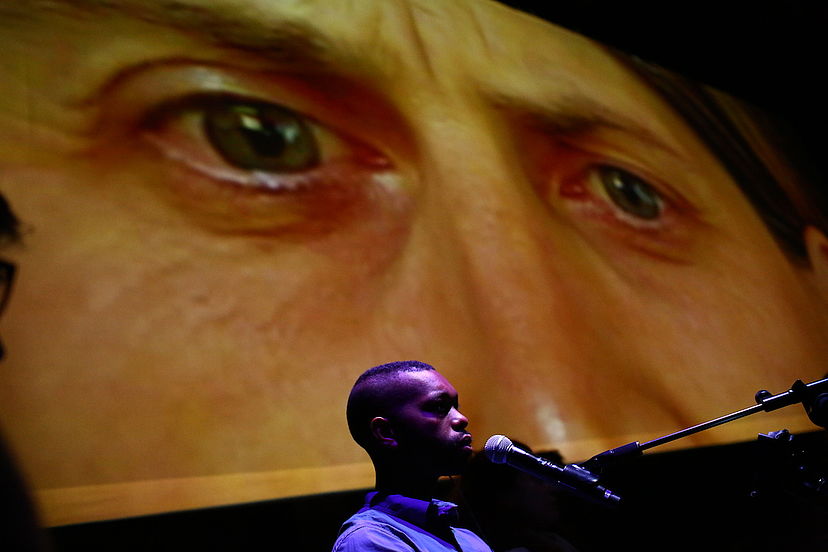 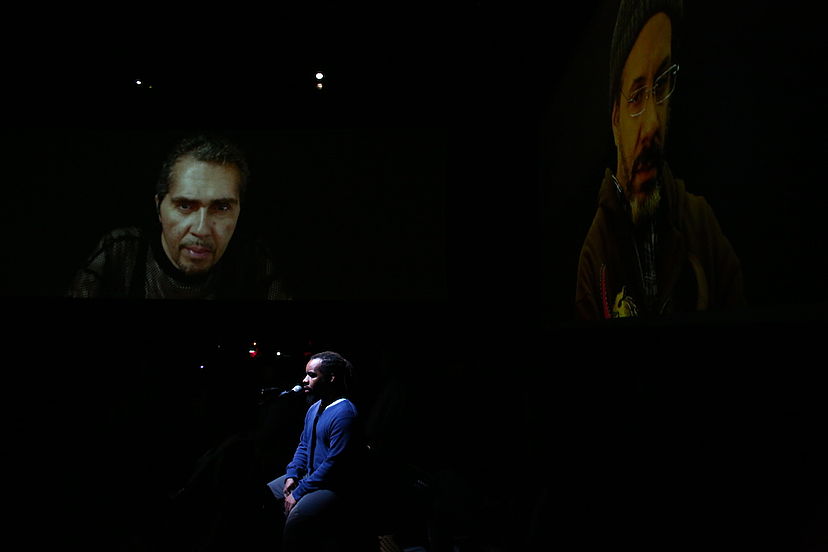 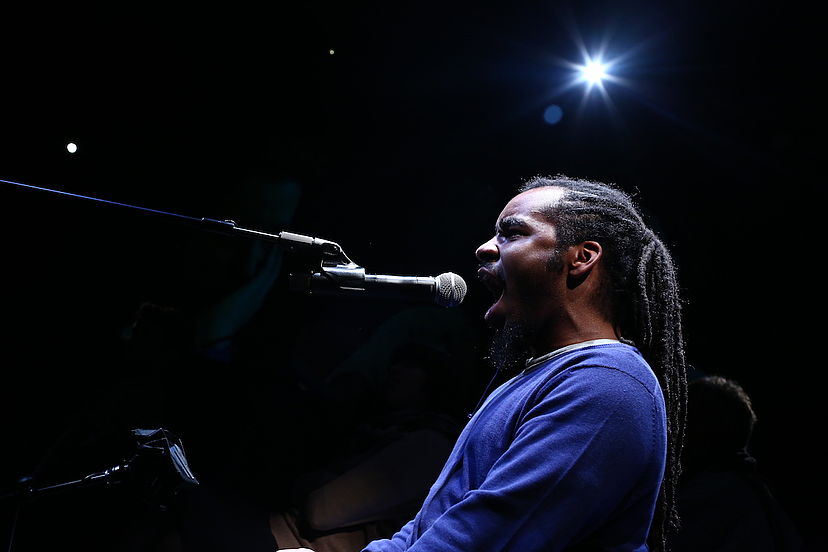