The Queen without a Country

A production by Silbersee (NL), Bl!ndman (B) and Muziektheater Transparant (B) in coproduction with Zomer van Antwerpen, Concertgebouw Brugge, Parktheater Eindhoven and Operadagen Rotterdam

A devastating storm is tearing through the realm, a wall of water forces the king and queen out of their castle, and what’s more, out of their country. Their daughter does not feel at home anywhere, and in this new no man’s land she does not set a foot on the ground. Not even a toe. When her parents die, she crowns herself queen of a country that does not exist, a country only of words:

“I am a living memory, a remnant, a last specimen.”

Following Porcelain and The girl the boy the river, director Wouter Van Looy is once again collaborating with writer Paul Verrept. The Queen without a Country is a surprising contemporary fairy-tale about love and loss. Any homeless person will recognize the young queen’s dilemma. The resident composer Wim Henderickx translates her homesickness into a blistering score.

lectures in composition at the Conservatoires in Antwerp and Amsterdam and heads the annual SoundMine short course on composition for young people at Musica in Neerpelt. He composes chamber music, orchestral works and operas, and has won prizes for his work both at home and abroad. Since 1996 he has been a resident composer at Muziektheater Transparant, for which he most recently composed The Queen without a country.In 2013 he also became an artist-in-residence at deFilharmonie. From 2004 to 2010 he worked on the seven-parted Tantric Cycle, taking Eastern philosophy as his source of inspiration. His Canzone for voice and piano was the obligatory work for the semi-finals of the 2008 Queen Elizabeth Contest in Brussels. His Symphony No. 1  was commissioned by the National Orchestra of Belgium in 2011, and has been performed by various orchestras in Belgium and abroad. His Antifoon (2014), an open-air project with five-hundred musicians, drew international press to the Tuikabelbrug, a region between Hasselt and Genk.

is a graphic designer, author, and illustrator. Between 1983 and 1987 he worked as a theatre director. In 1994 he made his debut as an author/illustrator with Mag ik bij je slapen? In the 1990s he illustrated several of Paul van Ostaijen's poems: Slaap, Sjimpansee and the famous Marc. Verrept was awarded with the Gouden Uil Award of the Young Reader (2005) and the Provincial Price for Literature for Het meisje de jongen de rivier. Mist won  a White Raven Special Mention in Munich (2006). His picture books have been translated to French, Danish, German, Spanish, Catalan, Korean, Japanese and Greek. His books Geen spijt (De Vikingen), Mijnheertje Kokhals (Villanella), Het meisje de jongen de rivier (Transparant) and Meneer Grijs (De Kolonie) have all been adapted for the theatre stage. His novel De koningin zonder land (The Queen without a country) was published in the spring of 2013 with De Eenhoorn publishers.

is an active figure in international music theatre. His productions have been invited to Zürich (Theaterspektakel), Mexico (Musica y Escena), Lille (Opéra de Lille), Lisbon (Centro Cultural de Bélem), Amsterdam (Holland Festival), Bregenzer Festspiele, Teatro Comunale di Bologna, and elsewhere. He is a resident director at Muziektheater Transparant and shares the artistic leadership of the company with Guy Coolen. In addition, Wouter Van Looy was the founder of Zonzo Compagnie and the organiser of BIG BANG, a music festival for young audiences that is active in nine European cities and will also take place in São Paulo, Brazil starting in 2016. Zonzo Compagnie has produced prize-winning works such as: Listen to the silence, Staring girl and Slumberland. He has won the YAMA Award (2012), the Klara Prize (2013) and the YEAH Award (2013).

was awarded a Master in the Fine Arts at the Royal Academy of Fine Arts in Antwerp in 2005. For five years, she has taught at the Hagelandse Academy for the Arts and the SLAC Academy in Louvain. In 2008 she obtained her degree as a creative counsellor. During these years, Esbroeck continued to work as an artist, developing her own visual idiom across different media. In the world of theatre, Freija has been involved in productions including: The Happy Prince (2006, 2012) and Territoria (2012). In 2010, she and Paul Delissen made two animated films for the childrens' play Porcelain, a production for Muziektheater Transparant.

studied animated film at the Sint-Lukas Hogeschool in Brussels. It did not take long before he became interested in the combination of animation and theatre. With Freija Van Esbroeck he made animations for Muziektheater Transparant's Porcelain. He went on to work with An De Donder, Freija Van Esbroeck, and Erki De Vries, making videos and animations for Territoria. In addition to his work for the theatre, he has collaborated with Hugo Matthijssen, de Filistijnen, and Beast Animation. He also conducts workshops in animation. Delissen’s work, which focuses on stop-motion and cut-out techniques, has been shown on television channels Canvas and Canal+ and at several festivals including the HAFF and Annecy.

“Paul Verrept’s story was the impulse for this production. Four singers perform a chronicle without words, but with mere musical sounds. To enable the singers to evoke the inner world of the characters, they received a score that encouraged them to work and create in their own way. Vocal techniques were complemented with experimental voice techniques.

The two percussionists each have several islands with instrumental arrangements at their disposal, ranging from retuned vibraphones to tuned crystal glasses and other unusual percussion instruments. The percussionists and singers are supported by electronics, a harmonious drone which is subtly present during the whole performance, and which provides the basic atmosphere of the performance, the musical canvas.” – Wim Henderickx, (Composer)

“This is a magical production in two parts. In the first, the music and the video are the main elements. We live the devastation of the kingdom. There is a counterpoint between the visual elements, the video, and the actors/singers.

This is story about love and loss. There is something ritualistic in this work. The result is an experience that is both ancestral and contemporary. The video, the staging, lighting, the voices, the music and the text come together to make a perfect ensemble, in which the parts disappear to make this unearthly story come alive.

The jury selected this piece, because of the perfect marriage between the music and the stage, the story and the performance. We loved it also, because it is original in its form and in the depth of what is narrating. Perfect for all audiences!” – MTN Jury 2015 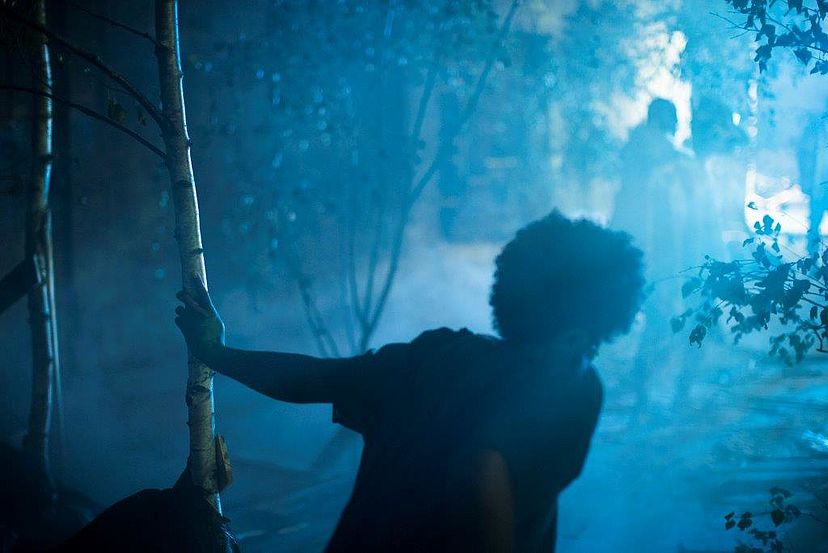 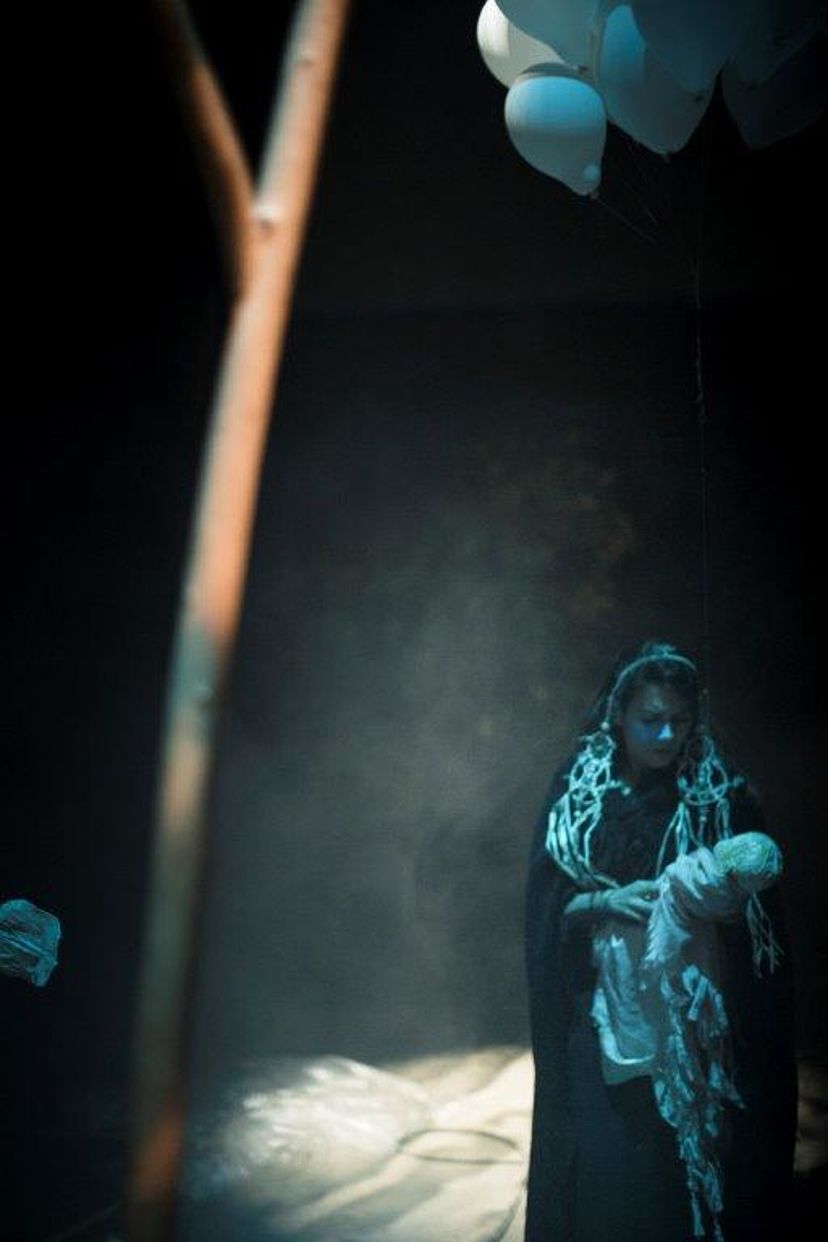 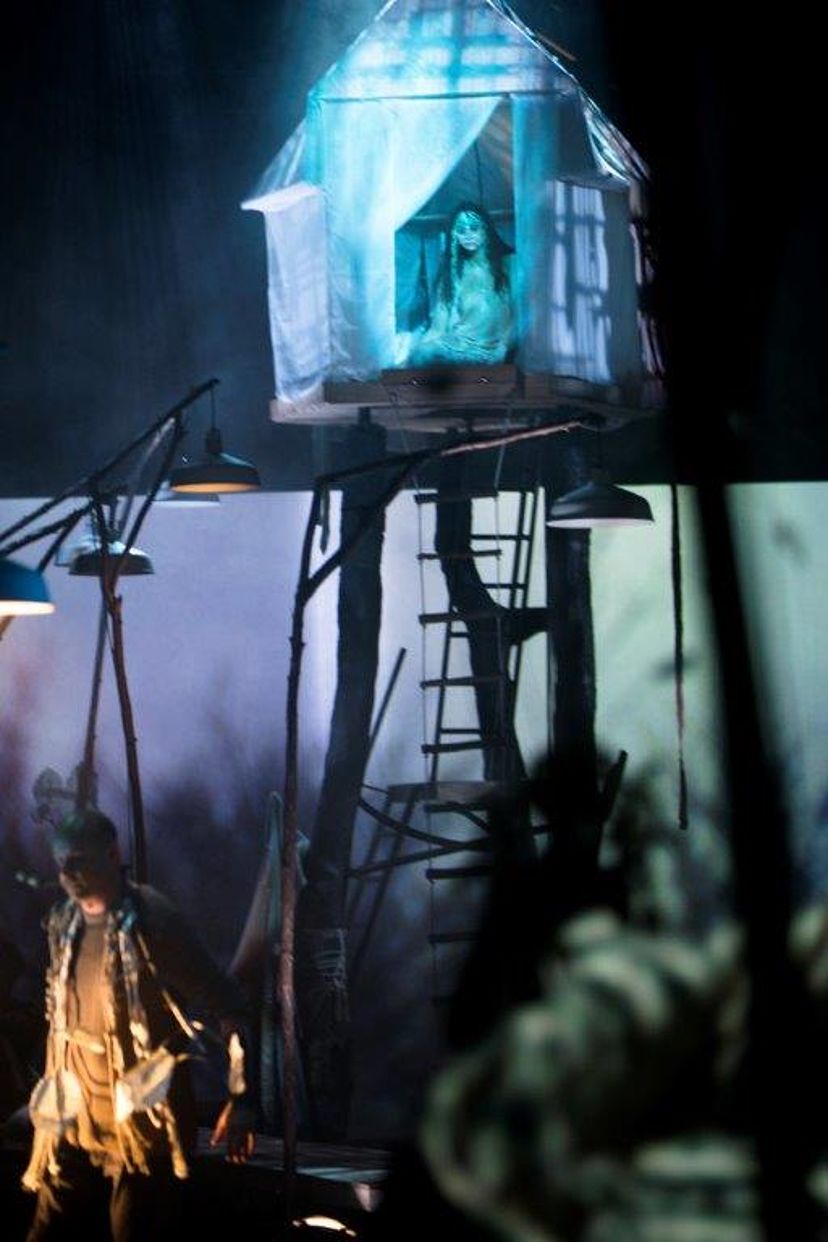 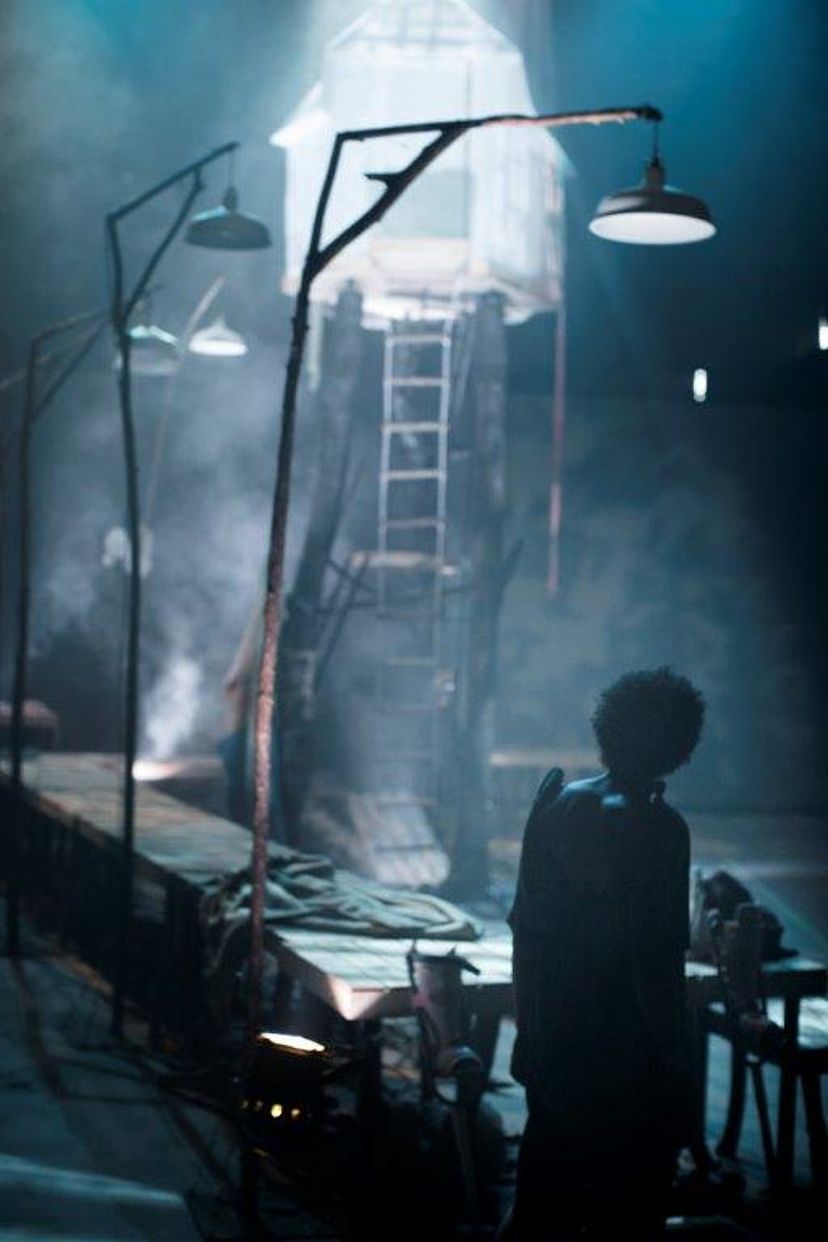