With the suspense of a thriller, the tension of a whodunit and a good dose of humour, in her first opera Annelies Van Parys weaves a subtle web with references to Hitchcock’s visual idiom. Following her composition for the successful production „Ruhe“ she is continuing her artistic course in musical theatre. This time she is collaborating with the Scottish poet Jen Hadfield, winner of the T.S. Eliot Prize, and the Irish director Tom Creed. The Dutch 33 1⁄3 Collective is responsible for the video and set design. The audience is drawn in and shares the view of a voyeur who shamelessly penetrates into other peoples’ lives. „Private View“ confronts us with the ambiguity of watching and being watched, an issue that seems more relevant today than in the past: Big Brother is watching you, more than ever.

Based on Alfred Hitchcock's Rear Window, Private View is set in the enclosed world of a block of flats. The residents have withdrawn completely into themselves and hardly know their neighbours. The characters in Gaea Schoeters’ scenario and Jen Hadfield’s playful, ambiguous libretto are reduced to archetypes, metaphors for patterns of interhuman relationships sketched only by way of their actions or their inaction. Under the direction of Tom Creed, the singers of the Neue Vocalsolisten Stuttgart are not traditional protagonists, but “neutralised” by the 33   Collective as “operators”. Using found footage, this video collective drives the story onward in an ambiguous manner whereby nothing is unequivocally true or false, and everything remains open to interpretation.

For her first opera, the composer Annelies Van Parys had two themes in mind: voyeurism and social isolation. Accordingly, Private View repeatedly forces the audience into the role of a super-spy, making the spectators complicit. In this way the audience is confronted with its own role as a voyeur and is compelled to reflect on the ethical responsibilities of spectatorship.

PDV. Rear Window was only the starting point and inspiration for Private View. There is a big difference between the plot of the film and the libretto of the opera.

AVP. It was unthinkable that we would simply use the film script for the opera, if only because of the rights. And we soon dropped the idea of adapting the novella that Hitchcock based his film on – Cornell Woolrich’s It Had to Be Murder – for the stage. Together with the scenarist Gaea Schoeters, I decided to draw a parallel line alongside the film and to retain only its main themes, such as voyeurism and watching/being watched. And also the difference between what occurs and what we observe. The Scottish author Jen Hadfield wrote the libretto on the basis of the new scenario.

PDV. Just as in the film, the action takes place over several days. So instead of “acts”, the opera is divided into “days”.

AVP. We retained Hitchcock’s idea of day and night. Each “day” has its own story. During the first day the suspicion of a murder takes shape. On the second day paranoia spreads, and on the third day the pieces of the puzzle are brought together. On the fourth day we are given an altered return to normality. We stretch the tension across the days. On “Day 1”, for instance, I start from basic musical material that is then developed in the course of the following “days”.

PDV. What sort of orchestra plays in Private View?

AVP. I opted for a fairly heterogeneous chamber ensemble with at its basis the lower-end strings (viola, cello, double bass). The wind section includes a saxophone (alternating with clarinet), horn and trombone. Apart from percussion instruments, the percussionist also plays prepared piano. In addition to the accordion, there is also an electric guitar – two instruments for which I had never previously written.

PDV. Music theatre started to occupy you as from Ruhe in 2007 – a production by Muziektheater Transparant for which you wrote a choral composition.

AVP. My interest in writing for music theatre appeared much earlier, but the opportunity to actually do it dates from that production. It was followed by other major productions by Muziektheater Transparant, such as An Index of Memories and An Oresteia.

PDV. Writing for singers in a dramatic context seems to me to be fundamentally different from composing songs – which is a genre where you feel at home also. In that sense, were An Index… and An Oresteia important stepping stones towards Private View?

AVP. In a dramatic work you necessarily go for grand gestures, in contrast with the intimacy of a song. And the intention of a scene and its character should be conveyed very directly. So you approach it differently. My personal opinion is that, as a composer, it’s best to have done some music theatre and smaller-scale work for theatre before starting on opera. Even now, after my experience in music theatre, I still wonder whether my first opera, amounting to about seventy minutes, will work. You have to keep so many parameters in mind at the same time; even just the flow of the words is utterly essential. If there are too many words in too short a time, the audience can’t follow it, but if there is too much space between the vocal passages, the audience’s attention immediately lapses. The way you build up the tension and dose the instrumental interventions throughout the work also takes a lot of attention, especially when the work lasts longer. Another similar question is how long a character needs for a particular action. You don’t want to write too much music or too little. In any case, I keep a chart that shows the running time, the timing of the individual scenes and the tonal evolution.

I have also noticed that for Private View I am trying to write more plainly. I am afraid of overwhelming people with too many timbres all at the same time. At other times, I wonder whether it is varied enough. It is difficult to choose between refining the work on the one hand and deleting and filtering on the other. Composing an opera is in itself very much like a thriller! (laughs)

“One is immediately drawn in by the sleek scenography of multi-media projections seen through different angles and screens. Videos made by Collective 33   include brilliantly edited bits of old suspense films that titillate yet unnerve. We the audience become the voyeur and buy into this suspense and possible murder plot very quickly. This notion of voyeurism fits quite naturally into our modern day habits, inundated with social media, we peep into lives unnoticed, and form judgements and impressions. The opera also appeals to us, because we can identify not with murder, but with living in crowded apartment buildings, among strangers, save for the occasional glimpse through a window. We can relate to those feelings of curiosity, and anxiety by which we may unravel….

This intrigue is brought along nicely with Van Parys’ score, the maturity of which belies a first attempt at opera. Some fascinating lines delivered beautifully by the singers add much to the suspicious atmosphere.

Among all the works we’ve seen in the competition, this piece arguably has one of the most well-made and thoughtful balances of music and theatre; each enhances the other, making the whole much more effective than the sum of its parts. This is a sophisticated, dynamic, and intriguing work that grips from start to finish.”– MTN Jury 2015 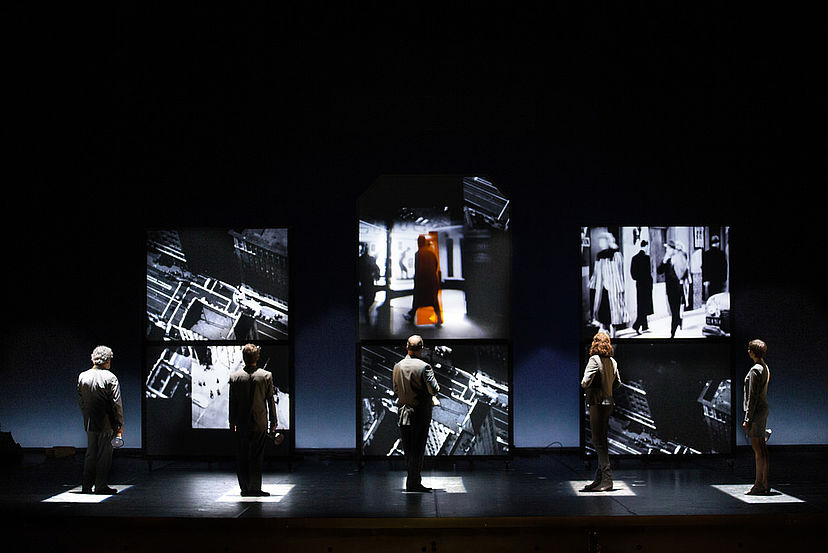 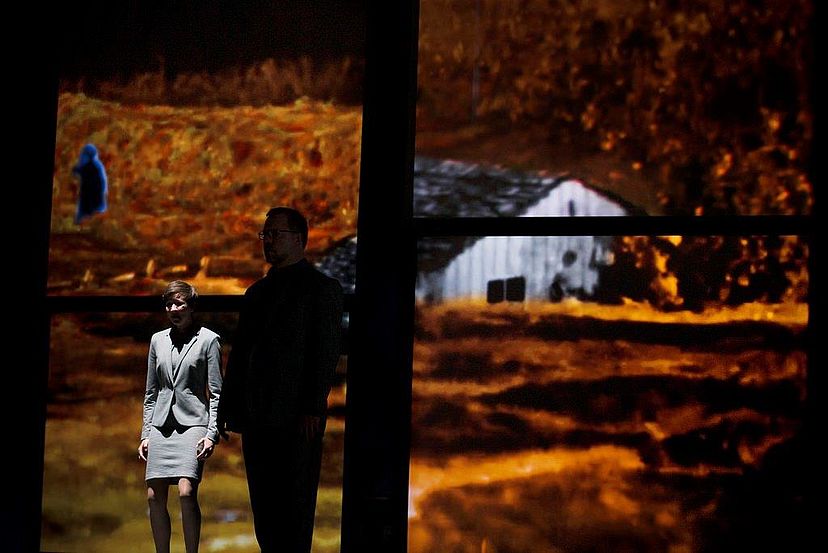