L.I. | Lingua Imperii - so violent was the force that struck it dumb

Anagoor is an artistic collective founded in 2000 by Simone Derai and Paola Dallan in Castelfranco Veneto, Italy. The group was later joined by Marco Menegoni, Moreno Callegari, Mauro Martinuz, Serena Bussolaro and many others. In 2012, they premiered L.I. Lingua Imperii. Simone Derai won the Jurislav Koreni award for “Best Director” with L.I. lingua Imperii at the MESS Festival 2013 in Sarajevo. In 2015, Anagoor was honored by the Napoli Teatro Festival Italia with a series of events entirely dedicated to the collective. Among these events was a performance of L.I. Lingua Imperii. L.I. Lingua Imperii has also been presented at the Venice Biennale.

The form of theatre chosen for this creation is that of the tragic chorus, in which singing and music, gesture and totemic vision are all interwoven. The theme of the Holocaust is interlaced with the wider theme of killing, a veritable massacre which has no historical frontiers, no stopping-point. Stories of unnameable hunts: not metaphors, but concrete historical phenomena, hateful old habits according to which some men have become predators of other men and, even in the twentieth century, have soaked the soil of Europe with the blood of millions of people. On stage, nine actors sing an undecipherable song (a jolt to the heart, a lament, a prayer) that morphs into blowing winds: they are mourners who no longer want to be hunters and complain the burden of guilt in front of the victims. The chorus includes an Armenian singer, custodian of an ancient and vast musical heritage, and living memory of a wounded people.

The theatrical form chosen for this creation is that of the tragic chorus, in which singing and music, gesture and totemic vision are interwoven. The theme of L.I., Lingua Imperii is the Holocaust, a veritable massacre with no historical boundaries, no stopping point. The production interlaces this within the wider theme of killing. This takes the form of stories of unnameable hunts, not metaphors, but rather concrete historical phenomena, hateful customs, in accordance with which some men have become the predators of others, soaking the soil of Europe with the blood of millions.

On the central screen, the victim’s face gradually emerges. On the two LCD side screens, a struggle unfolds between two Nazi officers, each championing opposing ideologies. On stage, nine actors sing an undecipherable song—a jolt to the heart, a lament, a prayer—that morphs into blowing winds, a small community of women and men of various ages, who shoot their voices like darts. They are mourners who no longer want to be hunters. They lament the burden of their guilt in front of the victims. The chorus includes an Armenian singer, the custodian of an ancient and vast musical heritage, of the living memory of a people wounded by an unforgotten—yet shamefully ignored—genocide.

The musical score encapsulates and intertwines original compositions, both vocal and electronic, live improvisations over drones that follow patterns and specific rules, with fragments of traditional music sewn together like stitches on a mended cloth.

“This nuanced, layered, and multi-disciplinary piece has been skillfully composed and exquisitely staged by the Italian theatre company, Anagoor. It is sensitively performed by a talented cast of performers and singers, and by two outstanding actors, who play the roles of Nazi officers in a recorded conversation.

L.I. | LINGUA IMPERII uses a number of texts–performed both live and as pre-recorded projections–as well as poetic performance sequences in order to reflect on violence, and on language as an instrument of domination. The musical elements–Armenian liturgical and traditional chants that reference the Armenian genocide at the heart of L.I., as well as haunting electronic musical passages–are integral to the work’s tone and meaning.

The jury found this somber, uncluttered, and understated production to be profoundly intelligent and deeply moving. Its disparate elements combine in a finely realized crystallization of the all-too-relevant themes it deals with.”—MTN Jury 2015 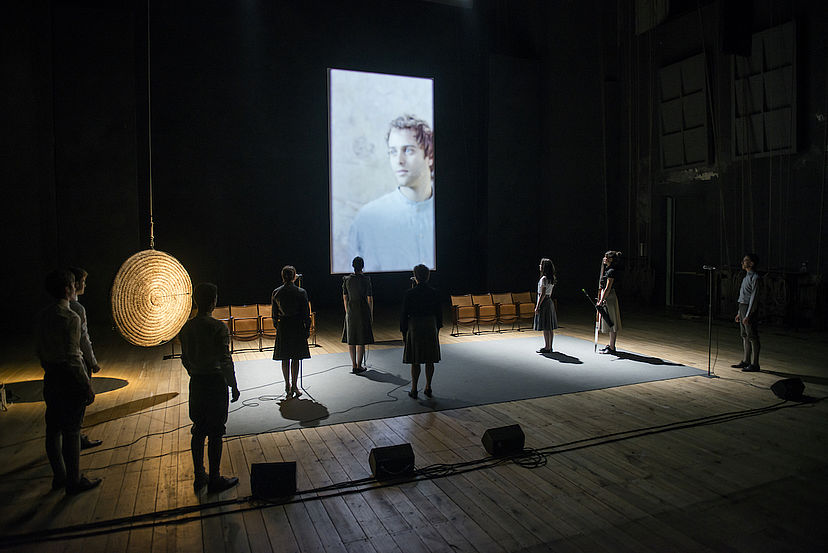 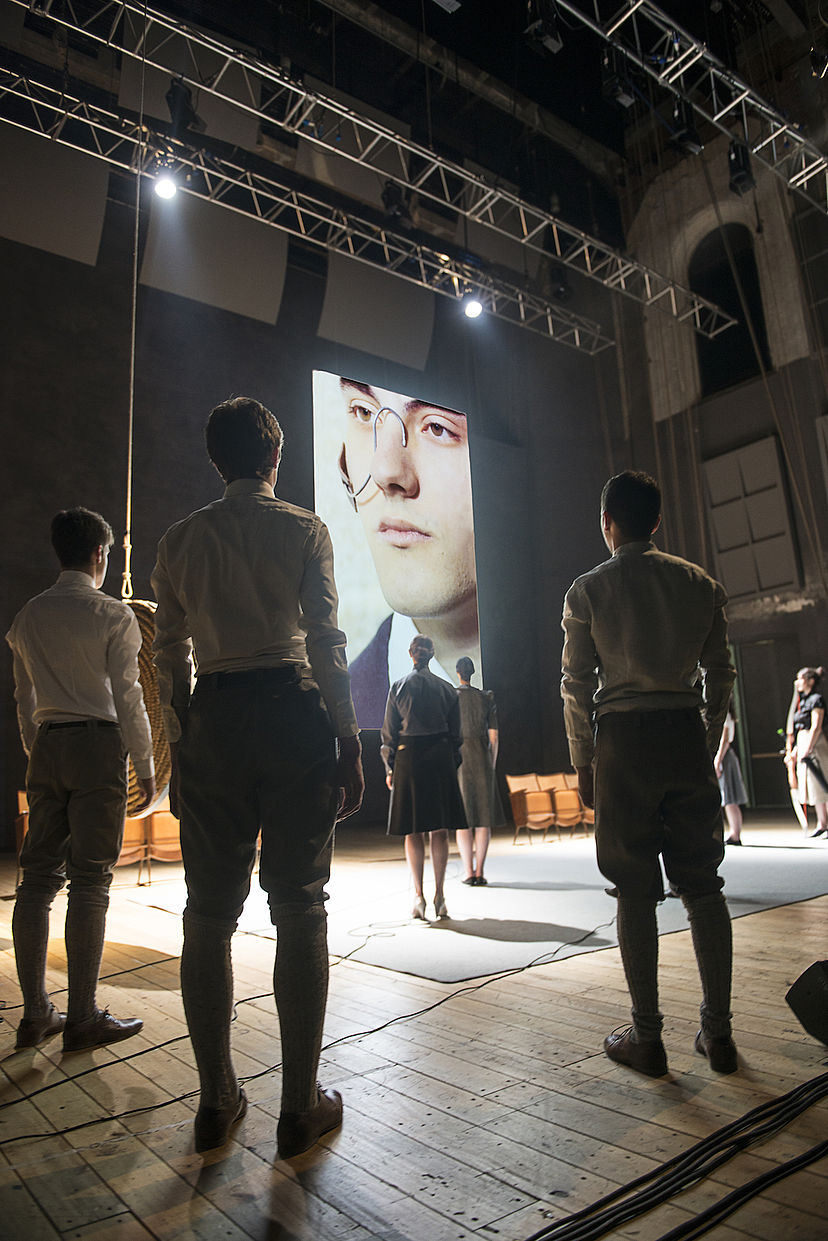 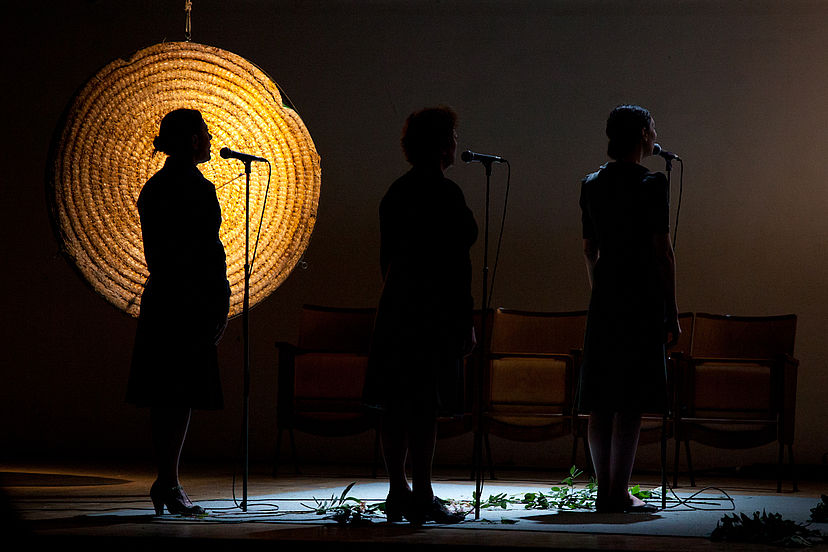 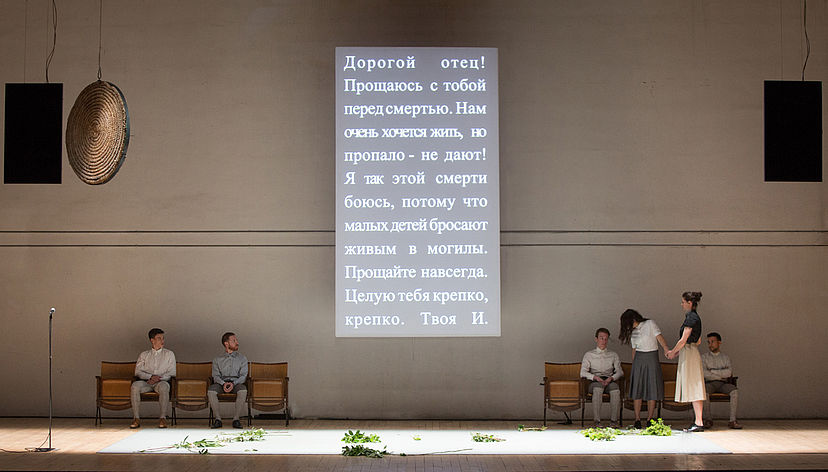