In Coup Fatal 13 musicians from Kinshasa, conducted by Rodriguez Vangama, are engaged with the repertoire of various baroque composers. The Congolese counter-tenor Serge Kakudji selected the arias. The original music is enriched with the diversity of the musicians. This new music integrates in a natural and exuberant way the baroque phrases with traditional and popular Congolese music, rock and jazz.

Coup Fatal is inspired by the grand gestures of the perky ‘sapeurs’, the dandies of Kinshasa. No need to be ironical, the exuberance doesn’t have to be reduced. Against a background of cartridge cases, movements have to be loud and big, the rawness provoking. Rather than a tribute to baroque music, Coup Fatal is a tribute to the unrelenting elegance of the Congolese.

Coup Fatal is inspired by the grand gestures of the “sapeurs”, the dandies of Kinshasa. Against a background of cartridge cases, movements have to be loud and big, their rawness provoking. Rather than a tribute to baroque music, Coup Fatal is a tribute to the unrelenting elegance of the Congolese.

The idea for Coup Fatal began in July 2009, when KVS first organised an arts festival in Kinshasa, centred around the final performances of pitié!, the show in which director Alain Platel and composer Fabrizio Cassol worked together with countertenor Serge Kakudji.

In 2010, a second edition of the festival (in the meantime baptised ‘Connexion Kin’)  followed, for which KVS wished to programme a recital with Serge Kakudji, and therefore sought appropriate accompaniment. Paul Kerstens—coordinator of the Africa Project of KVS, and who had worked on the recording of Baloji’s Kinshasa Succursale in 2009—knew many creative and inventive musicians in Kinshasa, some of whom focus on popular dance music, and others who play jazz and traditional music. Kerstens brought ten of these musicians together and invited them to listen to the arias selected by Serge. They were then asked a simple question: "Does this music say something to you, and are you interested in working with it?"  They all responded with an enthusiastic, “Yes!”

Each musician received a Discman with the arias, and they then began to rehearse amongst themselves without any outside interference. Guitarist Rodriguez Vangama quickly became the musical leader of the project. Serge Kakudji arrived two weeks later, and they all worked together for another week. The result, a presentation held on 18 July 2010, was an overwhelming success.

The group continued to work together in 2011 and 2012. The basis remained the same, but several changes were made to the line-up. Likembes (thumb pianos) were added, and several times the musicians worked with the slammer Alesh from Kisangani, who composed new recitatives. Fabrizio Cassol became involved as musical advisor. The group of Coup Fatal developed into a tightly knit ensemble.

The project evolved over these years, and the different performances received an increasingly scenic character. Alain Platel became aware of the project through the involvement of Fabrizio Cassol and the enthusiastic stories he heard from dramaturg Hildegard De Vuyst. He immediately agreed to get involved. KVS and les ballets C de la B assumed responsibility for the production, and the creation of Coup Fatal began.

The Brussels-based composer Fabrizio Cassol and guitar player Rodriguez Vangama were the musical directors, while director Alain Platel and dancer Romain Guion (C(H)ŒURS etc.) searched for a theatrical form together with the team. The set was designed in collaboration with the artist Freddy Tsimba. In Kinshasa, he created huge, disturbing sculptures of cartridge cases, which he collected in Congolese war zones.

In Coup Fatal, thirteen musicians from Kinshasa, conducted by Rodriguez Vangama, are engaged with the repertoire of various baroque composers. The Congolese countertenor Serge Kakudji selected the arias. The original music is enriched with the diversity of the musicians. Around the vocal parts of Serge Kakudji, a whole new contemporary universe is created, both in sound and image. This new music integrates in a natural and exuberant way the baroque phrases with traditional and popular Congolese music, rock and jazz.

“Uplifting and bursting with energy, Coup Fatal is highly appealing even for the non-arts attendee. While the music—taken from Monteverdi with arias by Vivaldi and Gluck—cannot be considered “new”, it is certainly given a new coat of paint and interpretation. Interwoven with Congolese rhythms and harmonies, the music becomes a site for new encounters even for the most experienced baroque listener.

Western art songs may seem incongruous with Congolese folk traditions, but in the expert hands of composer Fabrizio Cassol, and counter-tenor Kakudji, they enjoy a balance which shows respect for both, and which celebrates the vibrancy and strengths of each form. The joy in the music is reflected by the wondrous, bright colors of the costumes worn by the musicians as well as the choreography.

Of course, the piece was far from fun and games. Nuanced and layered with disturbing sculptures made of bullet casings retrieved from Congo’s civil wars, it reminds us of the Congo’s bloody history. This harsh reality contrasted with the joy of the work heightens its infectiousness and its bold resistance to adversity.

Is this work exotica? Does it smell of appropriation? While it does feel slightly anthropological, the creators tread the line carefully. The interweaving of different cultures is artfully considered and presented.”— MTN Jury 2015 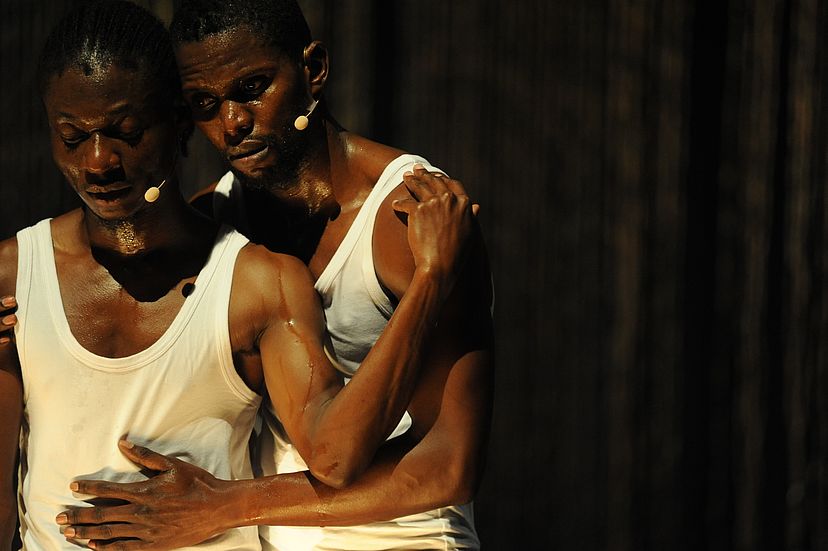 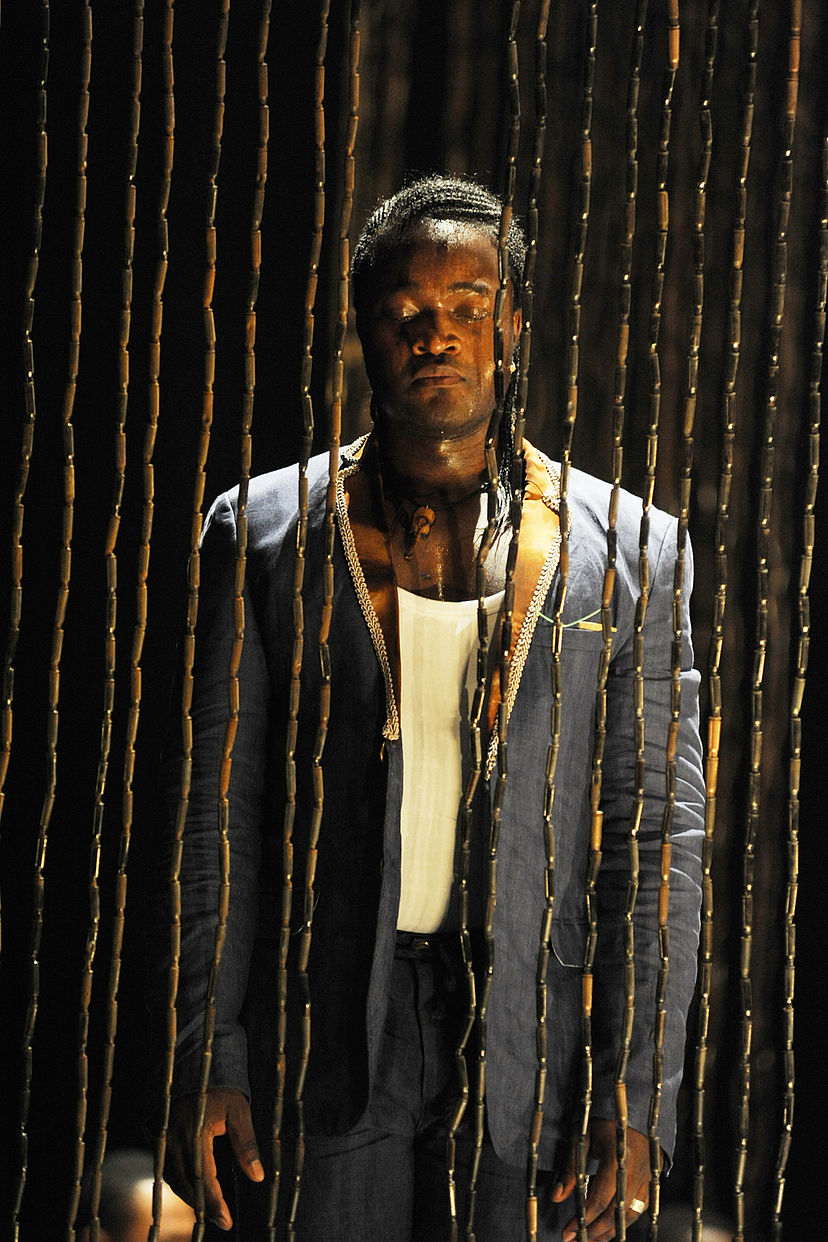 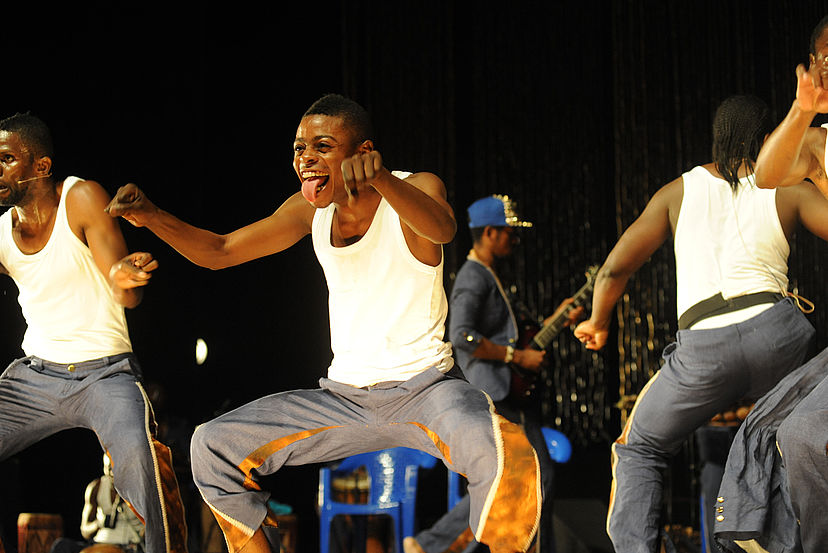 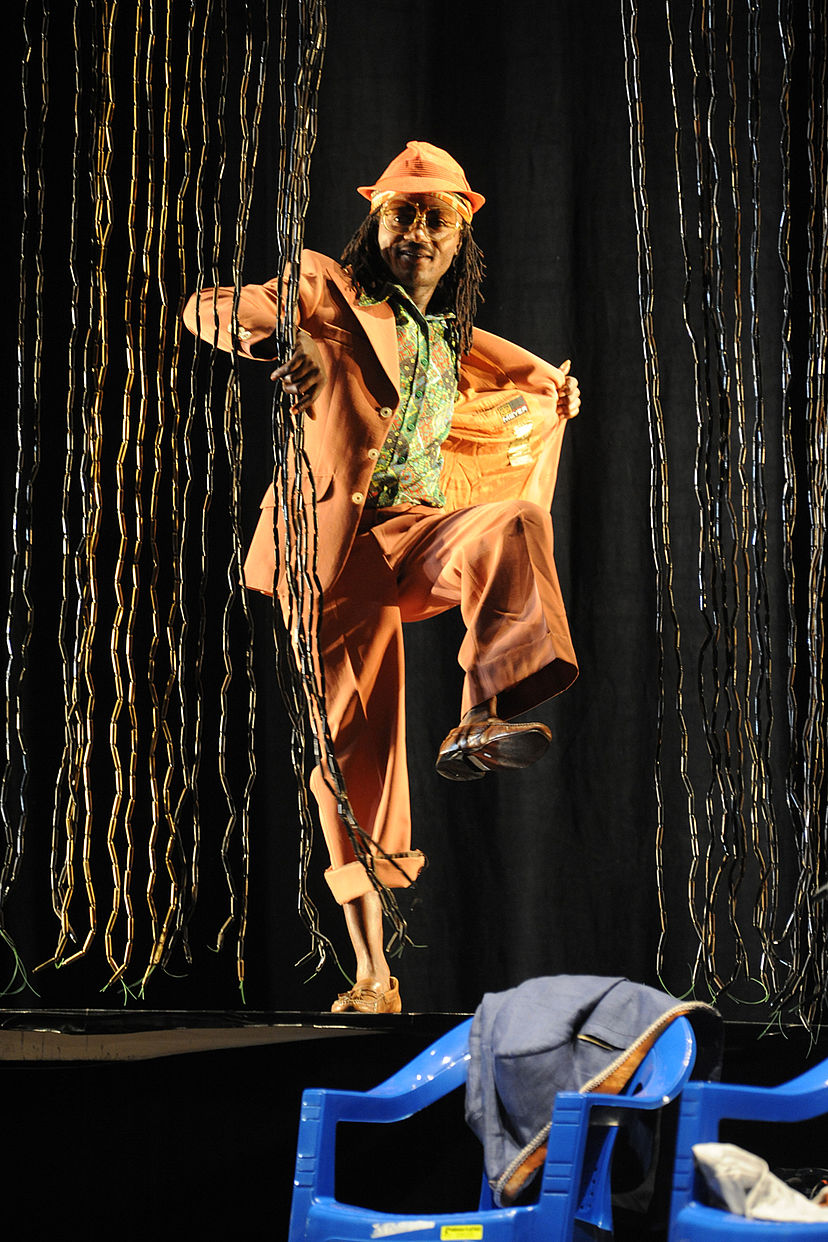 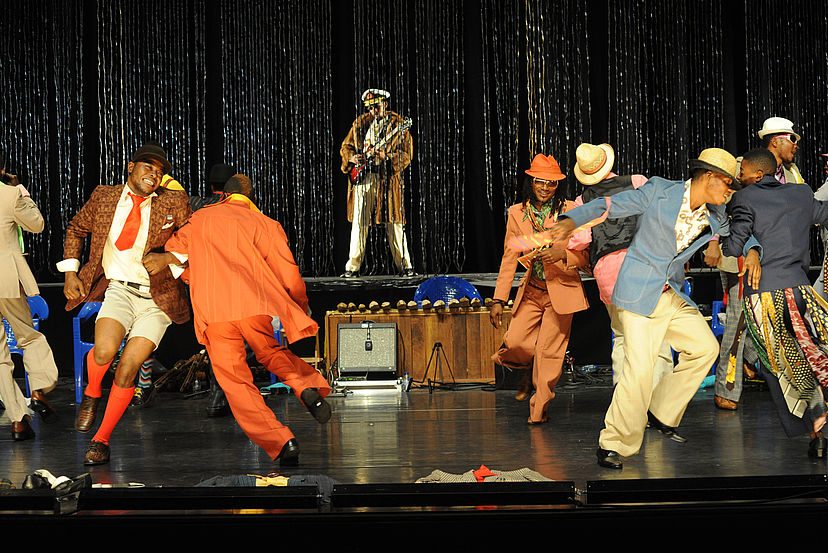