“Comfort Ye” is a new work of music theatre in which young people from a community near Cape Town tell their own stories. Featuring a cast of South African professional singers and actors, a baroque/ jazz chamber orchestra, and young singer/ actors from the choir of Bloekombos Secondary School, Kraaifontein, “Comfort Ye” is directed by an international team assembled by Umculo for this production. A year and a half in the making, “Comfort Ye” was born at writing workshops held in Kraaifontein in November/ December 2013. The stories told and the songs written by the young choir members became the basis for this new work.

It’s six o’clock in the morning. A young man kisses a girl, then runs away. The police arrive....

Comfort Ye is a new work of music theatre in which young people from a community near Cape Town tell their own stories. Featuring a strong cast of South African professional singers and actors, a baroque/ jazz chamber orchestra, and exceptional young singer/ actors from the choir of Bloekombos Secondary School in Kraaifontein, Comfort Ye is directed by an international team assembled by Umculo. A year and a half in the making, Comfort Ye was created at writing workshops held in Kraaifontein in November-December of 2013. The stories told and the songs written by the young choir members became the basis for this new work.

A large proportion of the audience at Comfort Ye were teenagers from disadvantaged communities around Cape Town, who had participated in Umculo’s creative workshops under the direction of Catherine Milliken. In these workshops, which constitute a critical part of Umculo’s work, the education team spends two to three weeks travelling to communities in the performance area, engaging workshop participants in a process of story-telling composition, which mirrors the process through which Comfort Ye was developed. In this way, audience members have a direct experiential connection with the performers, insofar as everyone is able to tell stories from his or her life through words and song.

has been working as a freelance stage director since 1994. He focuses on contemporary works and world premieres as well as on the classic repertoire of the 19th and 20th centuries. His 2002 production of Hans-Jürgen von Bose’s opera K-Projekt 12/14 opened the Munich Opera Festival. Since 2000 Robert Lehmeier has developed new operatic material in Berlin together with the Neuköllner Oper. His new version of Così fan tutte was invited to the Vienna Festwochen in 2004, and travelled to Hamburg, Switzerland, and Barcelona. Lehmeier’s libretto was nominated for “Best German-Language Work” by the critics of Theater Heute in 2004. His production of Ariadne auf Naxos was nominated by the critics’ forum of Opernwelt in the category of “Best production – staging” in 2006, as was his 2009 production of Massenet’s Werther. He has staged three productions for Umculo since 2011.

was born in Brisbane, Australia. She studied music in Australia (piano and oboe), and continued her oboe studies in Europe under Heinz Holliger and Maurice Bourgue. As a founding member of Ensemble Modern in Germany, she has worked with leading composers and conductors of this century including: Pierre Boulez, Peter Eötvös, Frank Zappa, György Ligeti, and Karlheinz Stockhausen. In 1990 she started composing and has since received various awards for her work. Milliken has been involved in creative educational and practical composition projects for professionals and non-professionals alike. She has led creative and compositional projects for Festivals such as Klangspuren, Schwaz, the Megaron Hall, Athens, Aix en Provence, and Salzburg as well as for various other institutions and orchestras, such as Carnegie Hall- Weill Foundation, the Sydney Opera House, and the Berliner Philharmonic. From 2005-2012, she was Director of the Education Program of the Berliner Philharmonic, conceiving their educational program as well as undertaking the creative and educative direction of all projects. Milliken joined the Umculo education team in March 2013.

Comfort Ye is made with and for members of disadvantaged communities in South Africa.  These communities face challenges which include poverty, unemployment, alcoholism, drugs, gangsterism, sexual violence, teenaged pregnancy, and xenophobia. The music in Comfort Ye aims to provide opportunities for creative expression to members of youth choirs and communities through workshops. Furthermore, the production seeks to instigate and expand support for initiatives that promote music as a means for social change, and to create a basis from which music educators in South Africa can support and create projects that are similar. Additionally, the production team proposes music theatre as a force for positive change within situations of conflict.

Comfort Ye achieves these aims in part by promoting  the international exchange of musicians around music education and change through music projects, and giving promising young performers and musicians from South Africa an opportunity to collaborate with professionals, international performers and music educators in a context of artistic excellence.

“The jury selected Comfort Ye as one of the productions that gives an impression of the many exciting ways in which music theatre is evolving around the world, not just aesthetically or formally, but also with regard to its social functions. Umculo—the production company responsible for the work—is an international music organisation that supports lasting social change in South Africa through music.

In Comfort Ye, singers and actors from Cape Town’s Bloekombos Secondary School are joined by professional performers and a baroque/ jazz chamber orchestra. They bring the music of Handel together with the students’ own stories in an empowering and invigorating way that accounts for and confronts the harsh challenges faced by Cape Town’s disadvantaged young people today.“– MTN Jury 2015 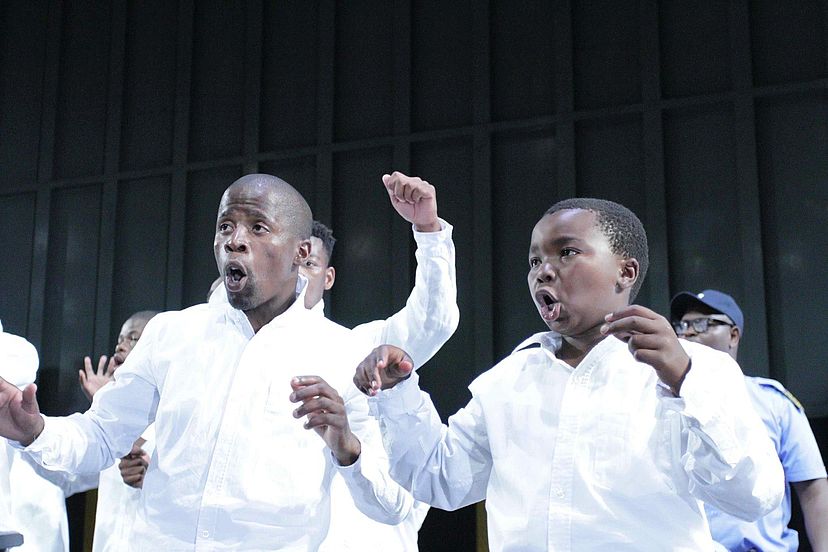 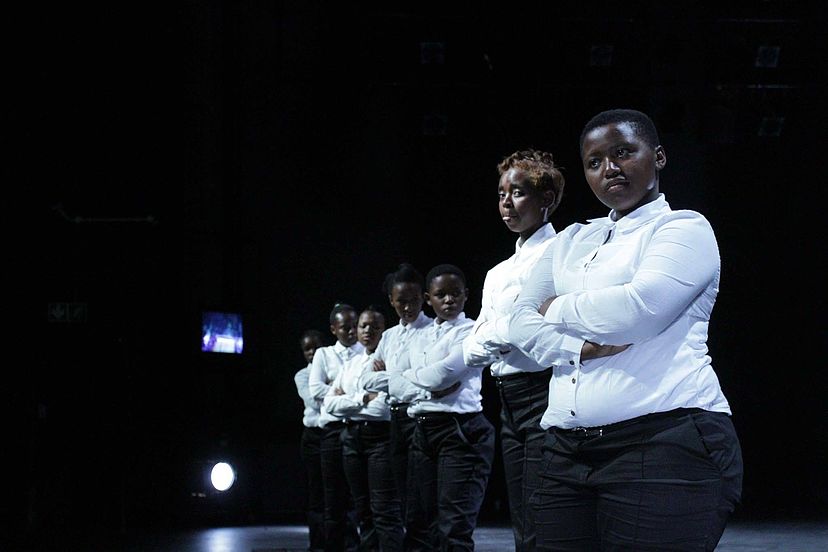 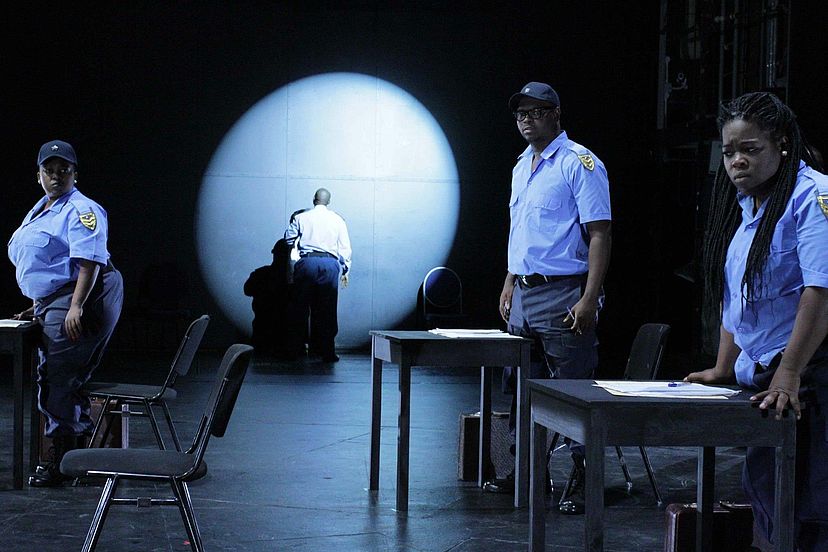 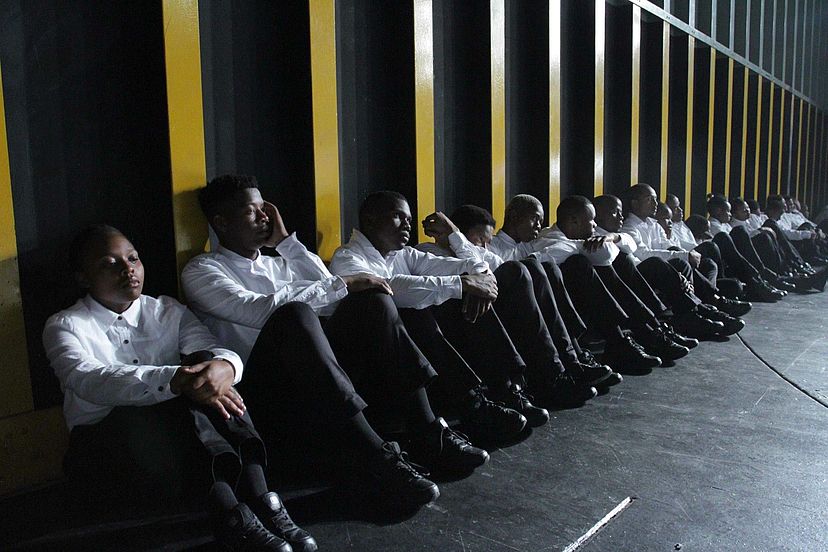 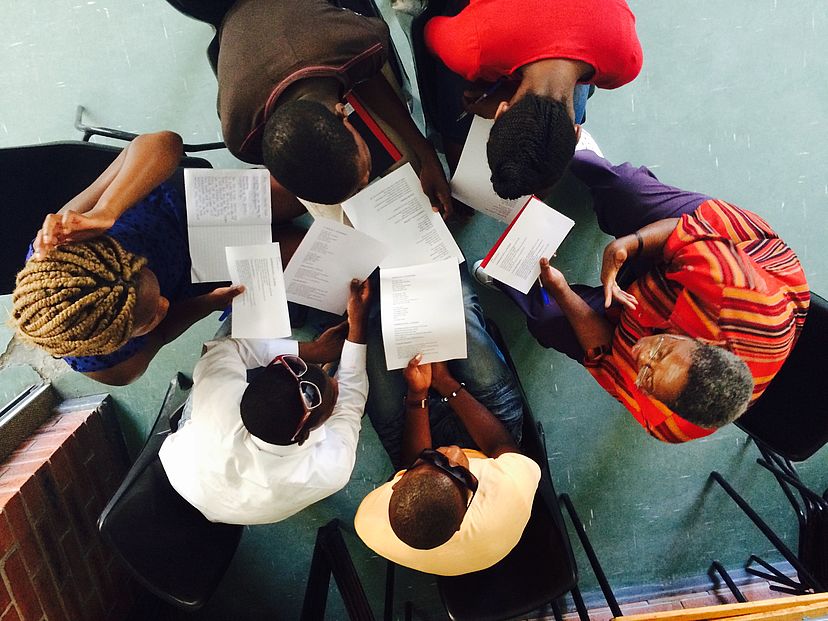