T.E.L. is a device for utopian communications. Two actors, placed in two different places, distant in space, maybe also in time, passionately leaning out towards the same indomitable ghost. Two different audiences, simultaneous witnesses of their possible-impossible dialogue, barely aware of their reciprocal presence. At the centre of the staging a “prepared table” by Tempo Reale equipped with hidden microphones, sensors, electric resistances, the interface that the actors need to develop the musical and vocal score, the generator of all the sounds.

"All men dream, but not equally. Those who dream in the dusty recesses of their minds wake in the day to find it was vanity; but the dreamers of the day are dangerous men, for they may act their dreams with open eyes, to make it possible." (Seven Pillars of Wisdom, Thomas Edward Lawrence)

T.E.L. is a device for utopian communications. Two actors are in two different places, distant in space and perhaps in time. However, they are always connected through satellite Internet and establish a remote dialogue. Two different audiences simultaneously witness their impossible-possible exchange. ... Then the two actors swap places. So those who wish can   see the whole picture, the other side of the coin, the complete dialogue between the two.
An actress and an actor are on stage in two different places. The two places are always linked and this gives life to a radio correspondence, a remote dialogue between the two. This type of performance needs the presence of a live audience, but it could also be followed by a remote audience (radio drama).
The themes of radio transmission and of being remote are closely linked to the rise and fall of T.E. Lawrence because they are set against a backdrop of war.

The essential themes of the project develop from a key parallelism: T.E. Lawrence’s utopian obstinacy, his failure and the utopia obstinacy of drama in today’s society.
We have identified a set of guiding themes and images driving the project:
- The utopian search for independence of the Arab people/ the utopian search for independence from any form of power as a spur for artists
- The failure of the utopia of the Arab revolt/failure as a daily horizon of utopia for actors on stage and for artists in society
- Loneliness in facing the utopia of the revolt/the loneliness of actors on stage and of artists in society
-  Glory/Success
- Shame after failure, the shame of the body/shame, the modesty of the bodies of actors on the stage
- The sacrifice of the body in the revolt/the sacrifice of the bodies of actors on stage
- The desert where images come from/an empty scene to be filled with images
- Lawrence’s multiple identities/actors’ multiple identities
- The impossibility of total empathy, difference as a feeling of betrayal/ the impossibility of total empathy with the Work and with the audience

is an art workshop founded in Ravenna in 1992 by Luigi de Angelis and Chiara Lagani. Fanny & Alexander produces theatrical performances, video and cinema projects, installations, performative actions, photo shows, publications, conferences and seminars, festivals and exhibitions.   Since 2001 it has run Ardis Hall, a space for productions, rehearsals and drama workshops, and since 2009 it has run Artificerie Almagià, a cultural facility, under an agreement with the Commune of Ravenna and in collaboration with Associazione Almagià.

is a director, set designer, graphic designer, light and sound designer, music editor, and performer. He studied Gregorian chant and piano.  His productions always stem from an interplay between music, sound and stage, and are inspired by figurative arts and contemporary music.

is a playwright, writer, language scholar, costume designer and actress. For years she has carried out a complex work of cultural interweaving and thematic investigation, leading training workshops in Italy and Europe. She has also participated in conferences in universities, theatres and cultural centres.

The ethno-folk soul of this record stems from a choice to compose mostly with pre-existing sonorities, without making new recordings. I set off on a   music research trip to North Africa and the Middle East with Luigi De Angelis. In some way, these areas were touched by the stories and the figure of Tomas Edward Lawrence, better known as Lawrence of Arabia. Over the span of some months, I was able to collect a great deal of old recordings. The materials I chose dates back mostly to the 1950s and 1960s.  Therefore, they are very interesting for my research because they bring back rites and ceremonies of villages and tribes from a distant past. I let myself be guided by the music structures that are typical of those areas on the shores of the   Mediterranean. They are  simple in terms of composition and for this reason they are powerful and hypnotic. In particular, I was interested in the insistent rhythm and the obstinate repetition of chants and litanies.

The electronic aspect of this work originated from my need to break the original structures and replace those rhythmic sonatas with a more obsessive and sequential pace.  Therefore, it was also a work of electronic manipulation, but the aim was to hide rather than show the electronic sound. I wanted to create an all-embracing electronic web, a structure/ a cage where the echoes of that distant world could be present.
(Mirto Baliani) 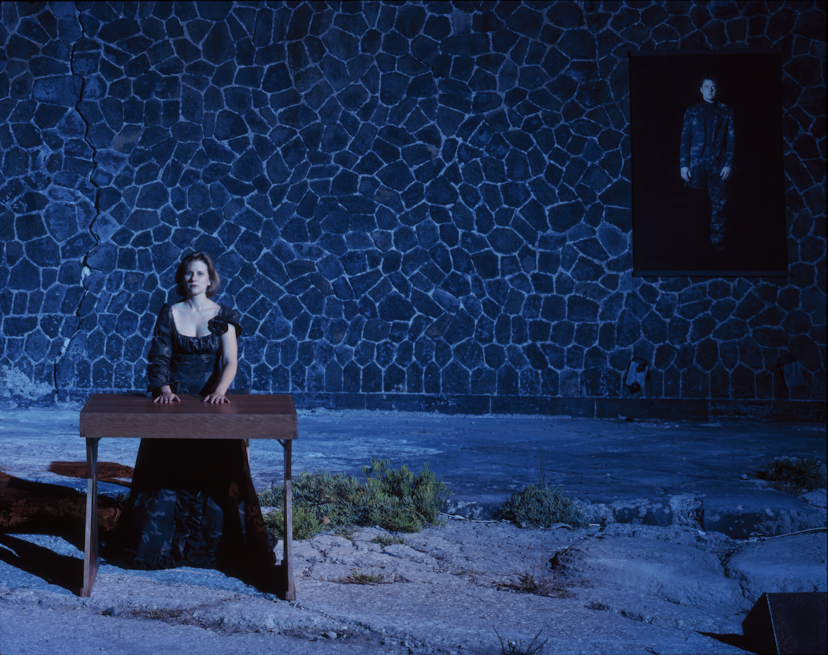 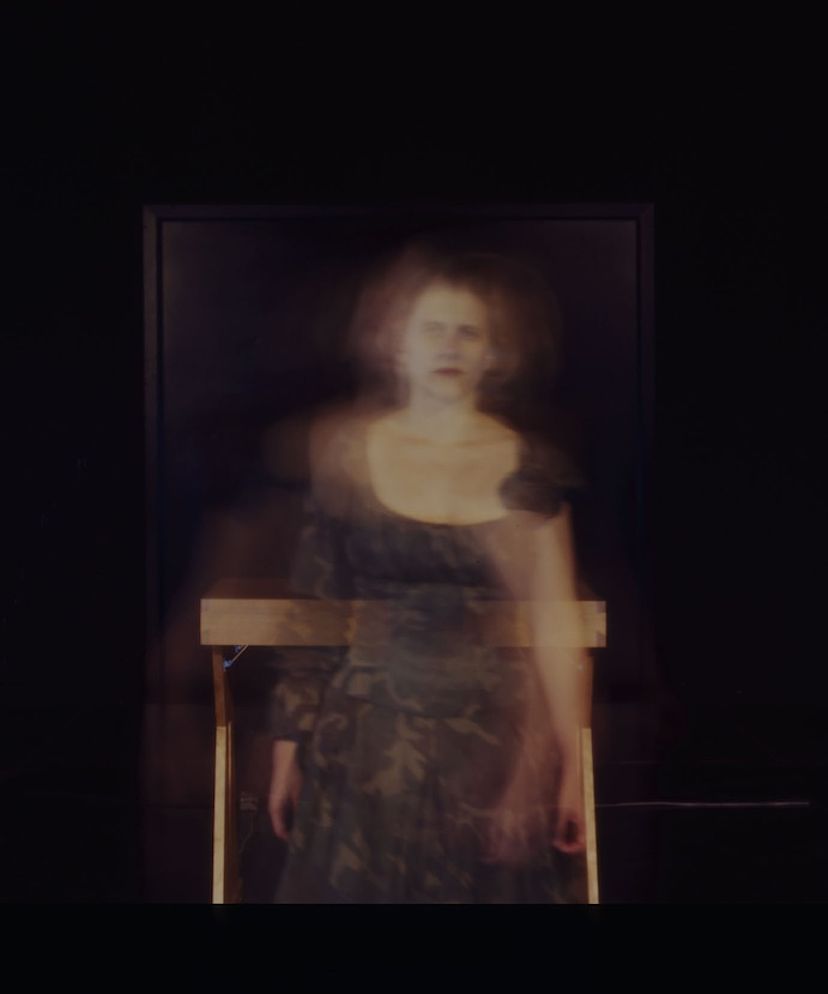 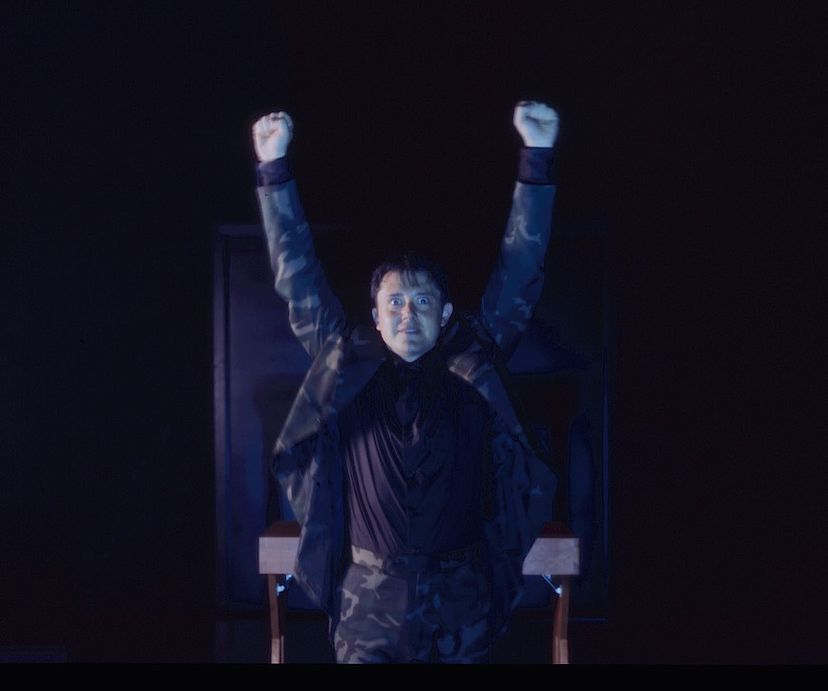