Styled like an Eastern European punk concert, director Radosław Rychcik’s contemporary spin on In the Solitude of Cotton Fields features two actors in chic suits backed by a house band, The Natural Born Chillers. Based on the French play of the same name by Bernard-Marie Koltès, the action follows an illicit, unnamed deal expressed between men known only as The Dealer and The Client. Featuring a cast from the Stefan Zeromski Theatre of Kielce, Poland.

“I was looking for young directors interested in challenges and new means of expression in theatre; directors who would blow fresh air into the theatre repertoire. Radosław Rychcik, who had previously directed a performance entitled Versus in the New Theatre in Kraków, was one of them. I invited him to collaborate on something and he proposed In the Solitude of Cotton Fields by Bernard-Marie Koltès in an interesting arrangement. Around that time he had came across the group Natural Born Chillers (whose members are Bartosz Ignor, Michał Lis, Piotr Lis and Maciej Matysiak), and he was so fascinated by their music that he came up with the idea of a performance-concert. Although the idea of staging musicians playing live alongside actors throwing out Koltès’s texts seemed risky, I decided to take the risk. The combination of the group’s music with the actors’ performance and video projections by Marta Stoces turned out to be very successful, as proved by the performance being invited to participate in more than a dozen national and international festivals, as well as gaining fans and highly-favourable reviews. The director’s subsequent collaboration with the  Natural Born Chillers resulted in further projects, both in the Stefan Żeromski Theatre in Kielce and elsewhere. Thanks to the use of live music, In the Solitude of Cotton Fields has an unusual rhythm and expression. The musicians help the actors to play as if in a trance, which is a great advantage to the performance, and full houses show that the audience also appreciate the collaboration.”
(Piotr Szczerski, managing director of the Stefan Żeromski Theatre in Kielce)

Radosław Rychcik graduated in Polish philology from the University of Warsaw and studied theatre direction at the Ludwik Solski State Drama School in Cracow. He started out working as Krystian Lupa’s assistant on Factory 2, a performance inspired by Andy Warhol’s work. In developing his performances Rychcik tries to act on emotions as strongly as possible: not only does he place extreme requirements on his actors, he also tests the endurance of the audience.
“It is my dream to arouse emotion in the audience, to touch them and unleash feelings. I wouldn’t desire any situation in which an audience at my performances considered them well-designed theatre. And only that. I choose theatrical means so that the actor, who comes out on the stage and has to act very strong emotions, has to show his own distance from emotions that he will present in the next few moments. He does not pay any attention to himself but to the fact that he serves. Only then is there a chance that the viewer will feel something.”

Wojciech Niemczyk graduated from the Ludwik Solski State Drama School in Cracow, having previously studied archaeology at Jagiellonian University. He participated in many theatre projects whilst studying at drama school, and also has roles in television productions to his credit. He sings, plays the guitar (electric, bass and classical) and dances.

Tomasz Nosinski graduated from the Ludwik Solski State Drama School in Cracow in 2008. He frequently works with director Radosław Rychcik. In fact, Rychcik’s production In the Solitude of Cotton Fields determined his professional future as Nosinski has been a resident actor at the Stefan Żeromski Theatre in Kielce since the 2010/2011 season. He had also participated in Krystian Lupa’s workshops. In the Solitude of Cotton Fields turned out to be a tremendous success, and at the end of season 2009/2010 Tomasz Nosinski was honoured by the Kielce press for his role as the Client.

“The music to the show In the solitude of Cotton Fields was created very fast – in only one week. It was the first time the band had ever worked with director Radoslaw Rychcik to create music. Our plan was simple – to write music that perfectly matched a particular scene. For example, when Rychcik said: “Here we need  winter”, we played only dominant minor chords with a lot of reverb plus icy electronic drums in order to get a result that we could work with. The music throughout the show is different and varied, going from rock & roll to techno, where we used elements from the band Kraftwerk. I don’t think I have ever heard of a performance before that links so many different music styles, and what’s more, the music is played live and fitted to the actors.”
(Michal Lis, composer) 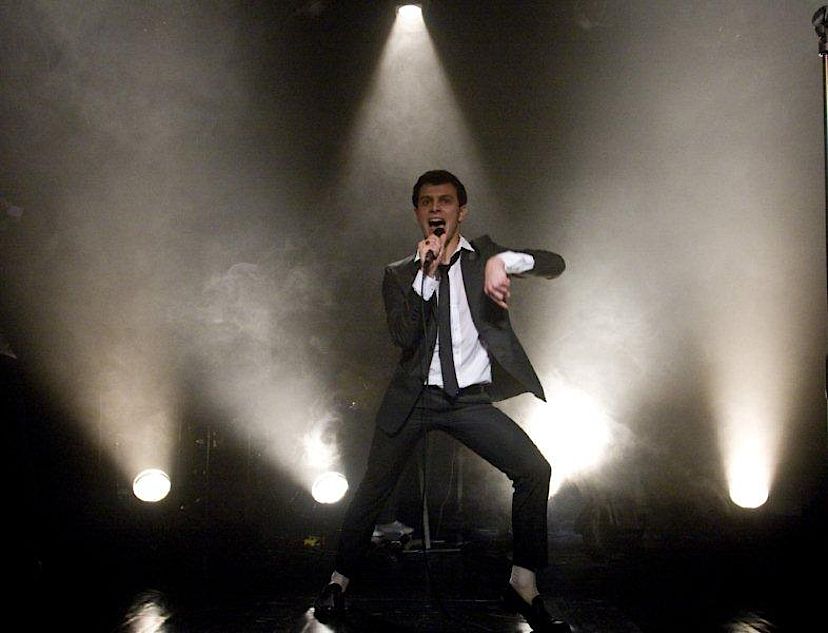 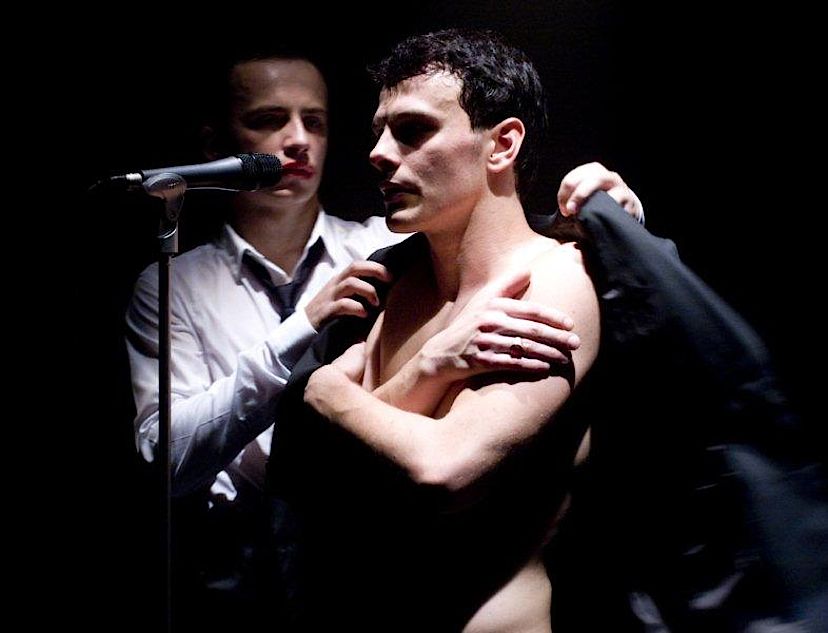 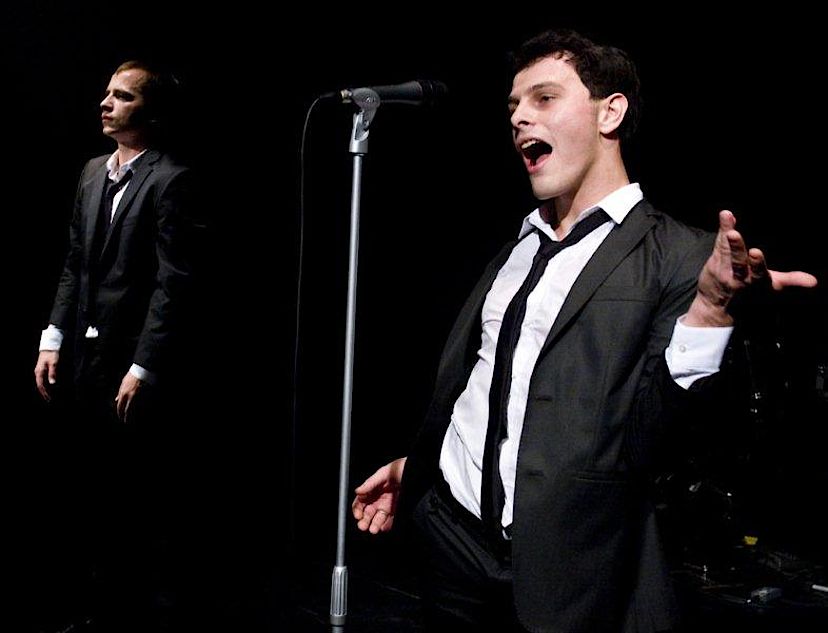