FLYWAY invites you to join the flock. Trust your instincts and the golden wings. Channel your vision and take a migratory walk through the city, between mediated sights and sounds of quiet bird spaces and spectacular scenes. FLYWAY is a site specific, interdisciplinary, musical work that investigates the enchanting nature of migratory birds. Wearing headphones and binoculars a small audience of 15 is enveloped in a lush soundscape and guided on an intimate birdwatching tour through urban spaces to encounter special moments dotted along the path - birds framed by screens, lenses and the city itself. Using video, music and performance FLYWAY merges foreground and background and points to our mediated experience of ‘nature’.

Flyway is a site-specific, interdisciplinary work that investigates the enchanting nature of migratory birds. Wearing headphones and binoculars, a small audience is enveloped in a lush soundscape and guided on an intimate bird watching tour through urban spaces to encounter special moments dotted along the path - birds framed by screens, optical lenses and the city itself. Using music, video and performance, Flyway merges foreground and background and points to our mediated experience of ‘nature’.
Video artworks and the live environment are made viewable through binoculars, which become channels to cinematically frame the field of view and momentarily collapse the outside world. The Flyway guide, Elizabeth Dunn, is a silent presence who gently leads the flock via a series of video installations, which utilise existing city screens in businesses and public locations. Hypnotic imagery is infused with a continuous 80-minute soundscape of atmospheric music and birdcalls crafted by sound artist Lawrence English. This ethereal sonic cocoon, combined with the physical act of walking and the environmental shifts as dusk settles, creates a meditative, moving and strangely intimate journey. Familiar city spaces are slowly raised to a level of wonder and subtly repositioned to invite an altered and deepened perspective on what and how life coexists within.
Exploring our ecological connections, Flyway draws on the mesh of humans, birds and intangible forces engaged in the phenomenal act of moving onwards. It is created from research into the plight of migratory shorebirds, meetings with bird watchers and conservationists, and site visits to collect the audiovisual field recordings that form the richly layered sound and video artworks. Drawing further on ecological philosophy and personal mythologies, a poetic Flyway Field Guide accompanies the work and serves as a reference point for its conceptual explorations.

Flyway is a response to the existence of migratory birds and the mystifying, ancient, epic journeys fewer and fewer of them make each year. Flying thousands of kilometres non-stop, their places to rest and feed are being consumed by the pressures of ever-growing industry and population. Moving from place to place, between two ends of the earth, the birds are invisible to many. But, there are the committed few who illuminate their plight, protect their sites and hospitably welcome them as they make their way.
In its simplicity and directness Flyway generates a space to consider different, perhaps conflicting, ways of mapping a landscape. In its longing to consider the city from a different perspective, it begins to dismantle the conventions and proscriptions that make up our urban experience, inviting awe for these birds and their place with us.

Flyway is an interdisciplinary project exploring the phenomena of migration, ecology and coexistence. As a site-specific outdoor work it engages with local people, birds, architecture and businesses to create an experience responsive to the time and place it occurs.
Flyway is conceived, directed and performed by Elizabeth Dunn. Created in collaboration with sound artist Lawrence English, with artistic consultant Lara Thoms and co-producers Aphids and Next Wave, it was developed in partnership with leading Australian ornithological organisation, Birdlife Australia.

Elizabeth Dunn is a Melbourne-based interdisciplinary artist working across video, installation, performance and participation to consider social ecology, ‘nature’ and place. Her practice is informed by a background in design, education, and regional arts and her solo and collaborative works have been presented across Australia. She is an Artistic Associate with Aphids.

Lawrence English is a composer, media artist and curator based in Brisbane, Australia. Working across an eclectic array of aesthetic investigations, his work prompts questions of field, perception and memory. Utilising a variety of approaches, including live performance and installation, he creates works that ponder subtle transformations of space, and asks audiences to become aware of that which exists at the edge of perception.

Lara Thoms is interested in socially engaged, site-specific and participatory possibilities in contemporary art. She is based in Australia between Sydney and Melbourne. Her inter-disciplinary projects have been presented nationally and internationally. She is an Artistic Associate with Aphids.

The Flyway sound exists somewhere between the real and the dreamt. It is a composition of suggestion and invitation, rather than direction and didacticism.
Inspired by colossal migrations, Flyway’s sonic character suggests thick clusters of bird flocks, dense and rich clouds of sound, shifting up and down along the coasts of nations. Distant melodic phrases suggest a longing, a desire for both journey and destination, but remain free-floating and ultimately adrift. There is no final place of rest, just repeated cycles as the birds move back and forth in an elegant seasonal symphony.
Using field recordings sourced along Australia’s Queensland coast and composed sound elements, Flyway’s soundtrack acts as an acoustic blanket creating an auditory envelope around participants in the piece. The disconnection of the self from the outside sonic world creates an opening through which participants can venture into an internal space. It’s an internal space that’s partly imagined, partly real - rooted in the field recordings - but wholly personal as it’s their histories, experiences and understandings that inject meaning into the sonic materials and add colour to the journey that is Flyway. 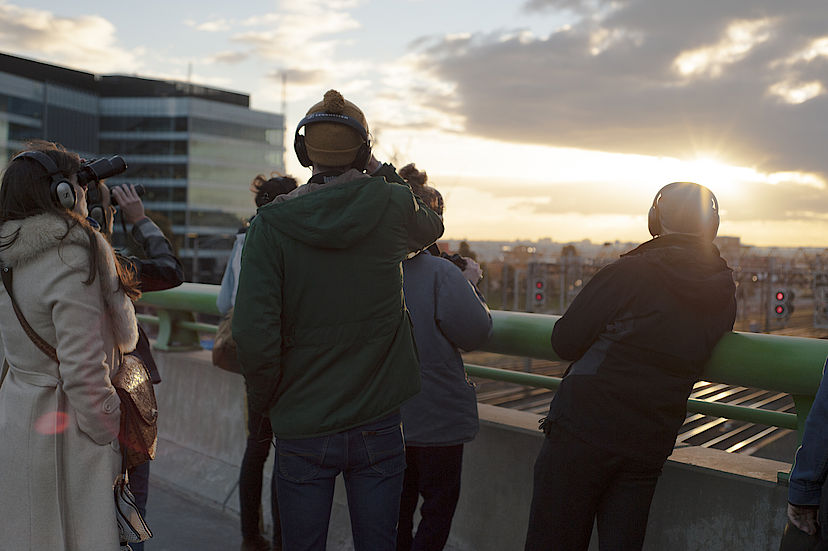 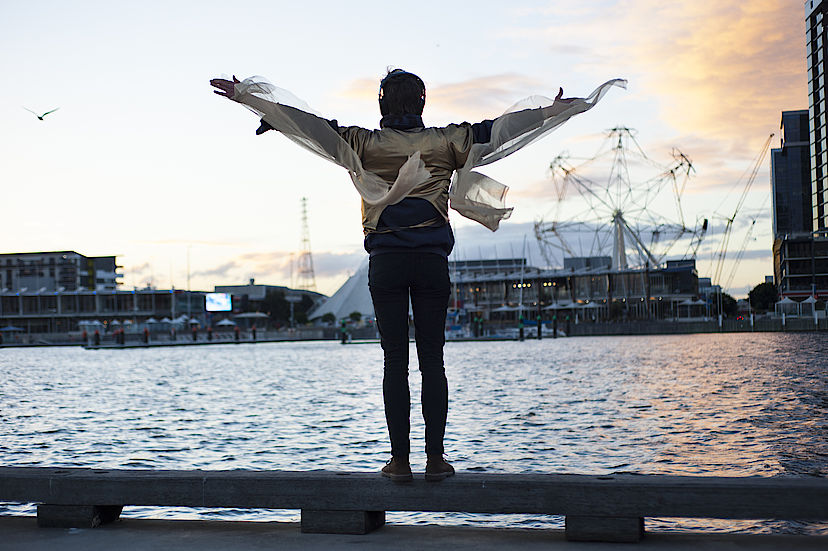 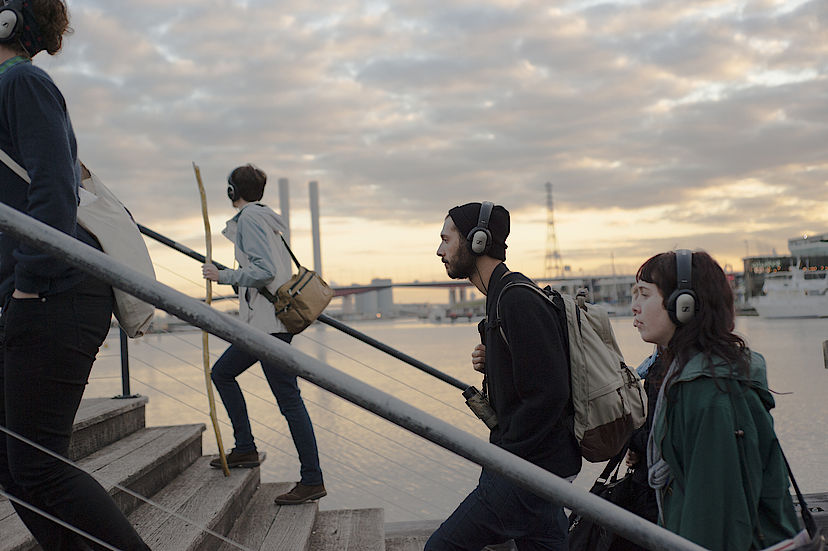