In the weeks following September 11, five young women presented separately to hospitals in New York with identical symptoms. They were unable to swallow and believed that debris from the destruction had lodged in their throats. The surgeon who examined them found no obstruction. This haunting image became the seed for The Howling Girls.

The work explores the medium and metaphor of the voice, together with an immersive orchestration of theremin and electroacoustic music created in a kind of proto-language- an attempt to communicate in a mode beyond the rational.

"Adena Jacobs and Damien Ricketson turn us inside out with THE HOWLING GIRLS. Their attempt to express trauma specifically located in female bodies succeeds not only onstage, but also piercing our audience bodies. The soundscape and staging of this piece is ambitious and non-apologetic, giving a much needed time, space and voice to pain, and us, as audience members, permission to experience it." 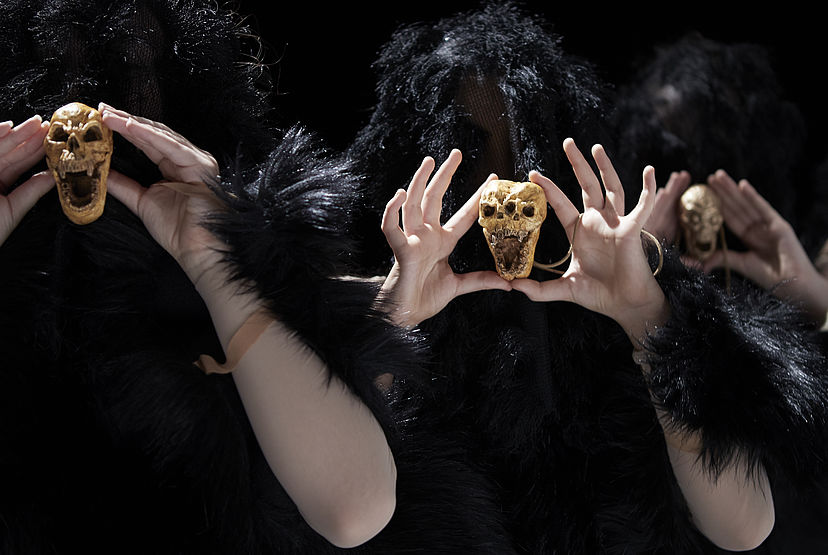