Imagine arriving at a train station and discovering a man singing beautifully to himself. But what if he were singing to 200 people all over the station who were listening to him, seven other singers, and a live orchestra via wireless headphones?

Invisible Cities is an immersive opera experience based on Italo Calvino’s beloved novel and hauntingly set by composer Christopher Cerrone: a 70-minute meditation on urban life, memory, and human connection. Director Yuval Sharon’s concept makes each audience member the protagonist of the experience in a transfigured view of everyday life. Choreographer Danielle Agami draws the audience into an uncannily intimate proximity to the LA Dance Project.

Imagine arriving at a train station and discovering a man singing beautifully to himself. But what if he were singing to 200 people all over the station who were listening to him, seven other singers, and a live orchestra via wireless headphones?

Invisible Cities, set in LA's historic Union Station, allowed the audience to roam freely through an operating train station, pursuing individual characters or creating their own story. The audience experienced the live performance via Sennheiser wireless headphones surrounded by the uninterrupted life of the station.

Based on Italo Calvino’s beloved novel, Invisible Cities is hauntingly adapted by composer Christopher Cerrone as a seventy-minute meditation on urban life, memory, and human connection. For the world premiere, director Yuval Sharon immersed audiences in an unpredictable platform of everyday life, creating an “invisible” production that made each audience member the protagonist of the experience. With performers appearing and disappearing into the everyday fabric of the building, Sharon and choreographer Danielle Agami drew the audience into an uncannily intimate proximity to LA Dance Project and the singing ensemble.

Italo Calvino’s fantastical novel imagines a meeting of the emperor Kublai Khan at the end of his life with the explorer Marco Polo. Khan orders Polo to report on the cities in his empire, and Polo’s responds with flights of fancy, cities of the imagination and the mind. The opera depicts the meeting and describes three chimerical cities with a quiet stateliness that offers the audience a chance to contemplate the essence of travel, as well as our subjective experience of environment and time. The use of headphones makes this meditative experience a highly personal event for each and every spectator.

The production was selected to represent the USA in the 2015 Prague Quadrennial, and Cerrone’s score was a finalist for the 2014 Pulitzer Prize in Music. An hour-long documentary on the making of the opera for KCET-TV in Los Angeles received a 2014 Emmy Award.

“The music of Invisible Cities is the result of my first collision with Calvino’s extraordinary novel. For years I had been unable to bridge categories of music, thinking that a work could be either lyrical or conceptually rigorous, but not both. Calvino’s novel, however, is both a tightly structured mathematical work, yet also opens with the gorgeous line: ‘In the lives of emperors there is a moment which follows pride in the boundless extension of the territories we have conquered, and the melancholy and relief of knowing we shall soon give up any thought of knowing and understanding them.’

After reading that sentence—so pregnant with meaning, lyricism, mood—I immediately began composing. I imagined the sound of a unearthly resonant and gong-like prepared piano, the ringing of bells, and wind players gently blowing air through their instruments.

As with Calvino, there are many formally derived components to my opera. The orchestra is split into two (left and right) halves which alternate melodies to create the whole. The left part is associated Marco Polo—tenor, light and quick moving, melismatic—the right is associated with Kublai Khan—lyrical and deep voiced. And the opera is structured as formally as the novel, always alternating Polo and the Khan’s conversations with Polo’s stories of le città.” – Christopher Cerrone (Composer)

“Director Yuval Sharon’s concept for Invisible Cities makes each audience member the protagonist of the experience in a transfigured view of everyday life. Choreographer Danielle Agami draws the audience into an uncannily intimate proximity to the LA Dance Project.

The railroad station in Los Angeles is a landmark. What is important to understand is that this particular city in the USA is a relatively young city in relationship to most European, Asian and Middle Eastern ones. The issue is setting this music theatre work within the architecture of that space, and the tension between the standard activity or practicality of its usage; for example, there are people in that place trying to board a train to their desired destination as well as performers animating the space with music and dance/movement.

The implication of the text derived from Calvino’s novel is that this production could be placed in any significant architectural environment that has meaning for the daily objectives of a specific community. The transportability of this project is a major cultural and artistic asset.” – MTN Jury 2015

Winner of a 2015 Samuel Barber Rome Prize and finalist for the 2014 Pulitzer Prize, Christopher Cerrone is a Brooklyn-based composer with degrees from Yale University and the Manhattan School of Music. Recent works include: commissions from eighth blackbird, the Los Angeles Philharmonic, Present Music, the Albany Symphony, and his widely acclaimed opera, Invisible Cities. Christopher Cerrone is one-sixth of the Sleeping Giant composer collective and is published by Schott NY and Project Schott New York.

Yuval Sharon’s work explores the interdisciplinary potential of opera and new paradigms of collaboration. He is the recipient of the 2014 Götz Friedrich Prize in Germany for his acclaimed production of John Adams’ Doctor Atomic, originally produced at the Staatstheater Karlsruhe. Yuval founded and serves as Artistic Director of The Industry, where he directed Anne LeBaron's Crescent City; Christopher Cerrone’s Invisible Cities, and Hopscotch, which took place in 24 cars journeying through Los Angeles. He directed a landmark production of John Cage’s Song Books at the San Francisco Symphony and Carnegie Hall with Joan La Barbara, Meredith Monk, and Jessye Norman, as well as Peter Eötvös's Three Sisters for the Vienna Staatsoper. He begins a three-year residency with the Los Angeles Philharmonic starting in the 2016-17 season.

Marc Lowenstein is the Music Director of The Industry. He has conducted the premieres of several new operas including The Mortal Thoughts of Lady Macbeth, Dice Thrown, The Scarlet Letter, The Peach Blossom Fan, and WET, and the American premieres of Schaeffer’s Loving and Aperghis’ Sextuor. Marc has written a full-length opera based on the screenplay to The Fisher King, is working on a children’s opera, and has written several shorter chamber works. He has been a professional whistler, plays klezmer clarinet, and he teaches theory, conducting, composition and history at CalArts.

Danielle Agami is Artistic Director of Ate9 Dance Company in Los Angeles. She was a member of the Batsheva Dance Company from 2002-2010. Between 2007-2009, she served as the artistic director of Batsheva Dancers Create and functioned as the company's rehearsal director from 2008-2010, during which she received the Yair Shapira Prize for Excellence in Dance. In 2013, Agami was commissioned by Ohad Naharin to choreograph Shula, a new work for the BatSheva Ensemble. 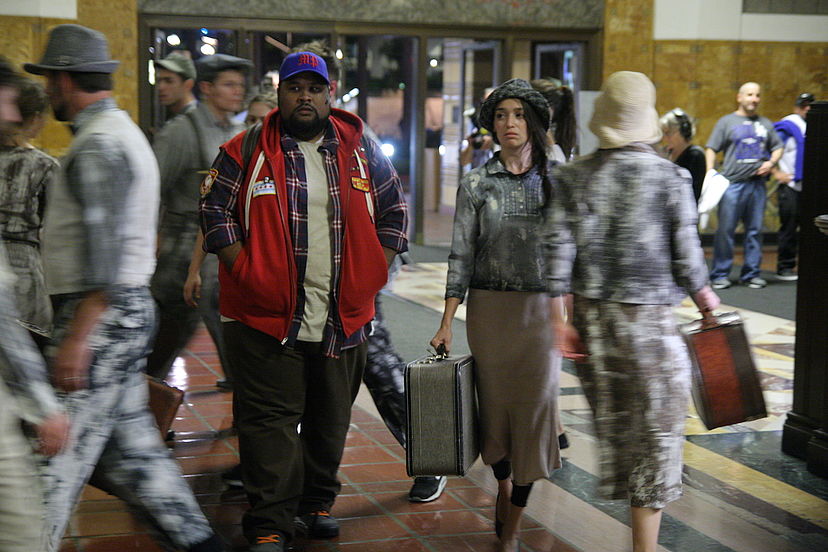 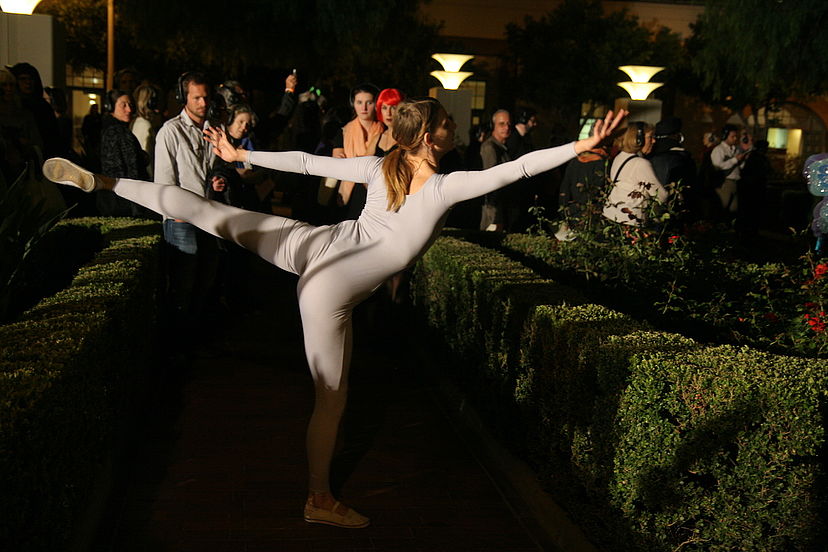 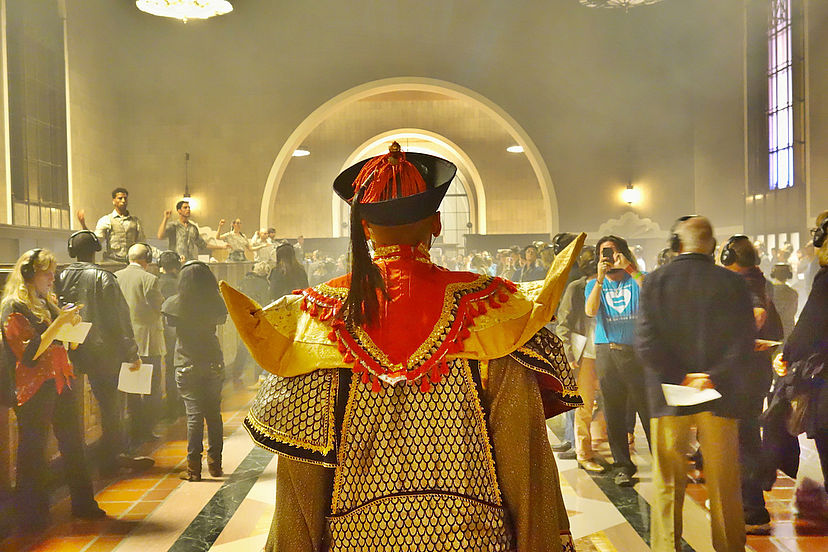 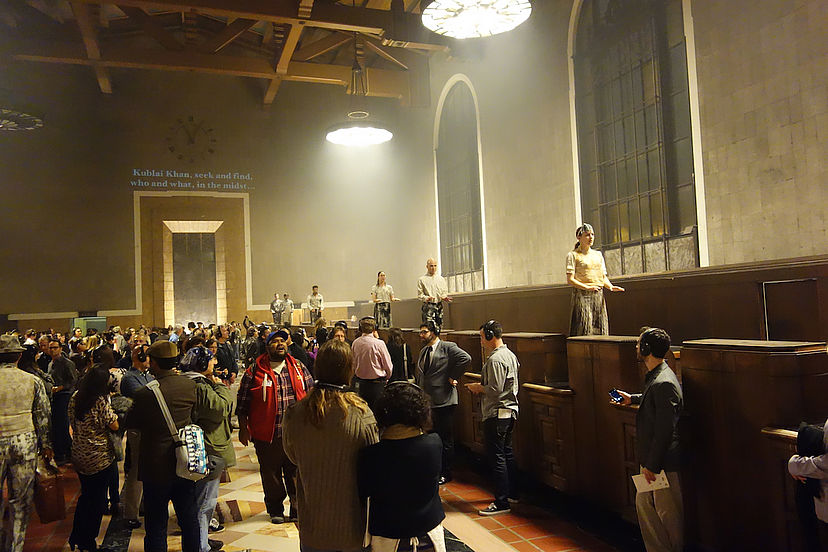 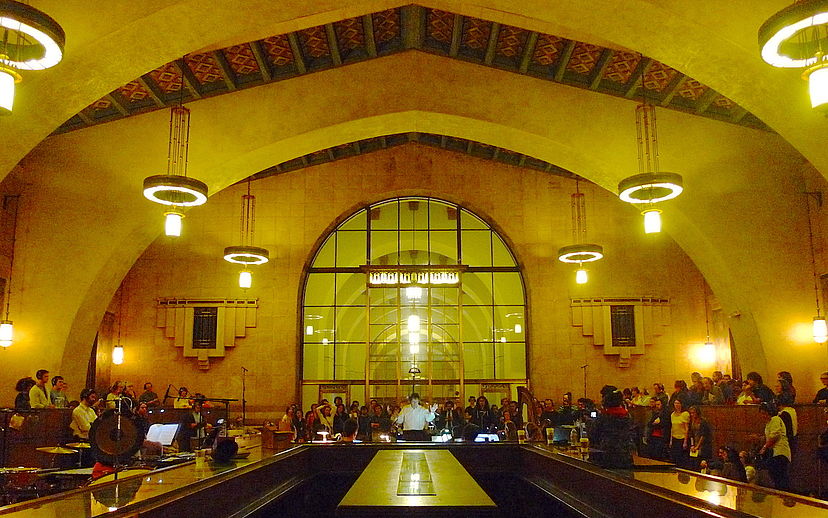