INGRATE Art Productions is a Florentine production company that specializes in Music, Multimedia Opera, New Music Theatre, Dance, Visuals, and Performing Arts: A creative base for performing artists and contemporary art projects that pays special attention to what it calls multidisciplinary language. The company’s artistic vision includes a wide range of innovative shows, concerts and installations, for adults as well as for young audiences.

In this mixed media de-construction of Monteverdi's Opera, our Ingrates will rise up against any form of reductionism of life’s complexity: rules, prejudice, segregation, all of the self-made cages our society and our psyche have fabricated throughout the centuries, across the world. These Ingrates are proud of their uncommon destinies that led them to beautiful but lonely choices… That sent them to “hell”. From their hell, the full force of the “solo” voice is born, a voice that Monteverdi discovers to reveal a multiple Being, a state of mind and heart, a resonance beyond any matter of sex, race, status.  A music / dance / electronic / video ode to the beauty of interference, and the power of unruliness.

Marriage stands at the heart of the production, that is, marriage and its refusal by a certain female “type”: the Ingrate. The Ingrate represents an unconventional female character, who is unwilling to unconditionally give herself up to any person. In this deconstruction of Monteverdi's opera, the Ingrate actively opposes any simplification of life’s complexities, all of the rules, prejudices, segregation, and the self-made traps laid over the centuries and around the world by our collective society and our individual psyche. The Ingrate is proud of her unusual destiny, which leads her to a beautiful but lonely end, namely in “hell”. From hell, the full force of the “solo” voice is born, a voice that Monteverdi finds to reveal a multiplicity of being, a state of mind and heart, a resonance beyond sex, race or caste.  This manifests in a music/dance/electronic/video ode to the beauty of interference, and the power of unruliness.

The Ingrate refuses to tie herself to another person, believing this is the only way to preserve her individuality; yet her resistance puts her in conflict with classical representations of femininity such as: the Amazon, old-maid, shrew, emancipated woman, indomitable goddess, both free and impossible, talented and discomforting, attractive and feared.

The Ingrate's condition addresses gender issues in an existential manner. While Monteverdi's Ingrate confronts her solo, Renzini’s adaptation extends beyond the original frame, breaking the gendered conventions of music theatre. This contemporary, multimedia approach gives rise to an “open” show in which the relationship between spectator and event are progressively blurred. Lights, images and video work bring forth a scene, in which the various elements—music, dance, the written word, images and sound—coexist in a novel and non-hierarchical composition.

Baroque repertoire engages in a continuous dialogue between truth and illusion, reality and spectacle. Claron McFaddon’s interpretation is both personal while philological, maintaining the fire of Baroque aesthetics. This is life that imitates art that imitates life. While truth is sublimated, it can be found in the music and words of the Ingrate’s desperation, an ideal beauty capable of mitigating anything.

Marina Giovannini's choreography is experimental. Her body moves alongside two extremely young dancers, and together they explore elements of sixteenth-century dance, transfiguring the era’s sculptural compositions—its bas-reliefs and squares—in order to create an ordered vulnerability that is both fragile and transparent. The Ingrate’s soul is free and childlike. Her beauty and spontaneity can only survive if they remain unattached.

Theodora Delavault’s text is a non-linear composition inspired by Rinuccini’s libretto. It is the invisible thread that develops fluidly with continuous subtle references to Monteverdi’s opera. The script is spoken, sung, projected and evoked. Words and sounds, songs and poetic references interweave with the music, subtly providing the work with an “educated” voice that creates a harmonious back and forth between Monteverdi’s opera and a contemporary spectacle in a confrontation between life and imagination, text and context, the digital and the organic.

Renzini’s video and sound work constitute the scenery, and a crucial part of the narrative and setting—the contemporary space of an unfiltered, apoetic vision of reality, a world, in which nothing is real except the “voice” of the Ingrate, whether that “voice” be written, spoken or sung. The voice of the story, of the singer, of the acoustic and electronic instruments, of the various sounds and field recordings always articulates the same thing, namely the successful overcoming of the boundaries between the self and the external world, an avant-garde “me”.

Taking the plot of Il ballo delle Ingrate, our musical journey starts with the heart-wrenchingly beautiful songs by the Italian composer Barbara Strozzi. We consider this artist and composer one of our “Ingrates”, due to the extreme modernity of her music and themes, as well as her private life story. Mixing the ancient repertoire with electronic sound interventions and soundscapes to underline and refresh the ecstatic character of Baroque and Renaissance music, we also integrate pieces of Luzzasco Luzzaschi's immortal Concerto delle Donne. This clever music is experienced by the audience through video narration. Sung by Claron McFadden and subtly remixed by Renzini, the unforgettable aria “Lamento dell'Ingrata” concludes our drama, as it does Monteverdi’s original. We sought to turn this “plea for mercy” (“apprendete pietà donne e donzelle”) into a delicate yet assertive claim for a voice and for a body. The ingrate realizes that it is only by feeling compassion for her suitors that she can ever truly love any one of them.

“The fact that a Monteverdi piece can receive an award from Music Theatre Now is a testament to the vitality with which Letizia Renzini combines early music and her own contemporary vantage point. She has adapted the Baroque idiom into a (post)modern story, even integrating Skype technology. Renzini has managed to translate this idea into a very convincing concept of spatial installation art that has brought a completely new perspective to Monteverdi’s original. The end result is a true present-day response to Monteverdi’s vision of total theatre.” – MTN Jury 2015 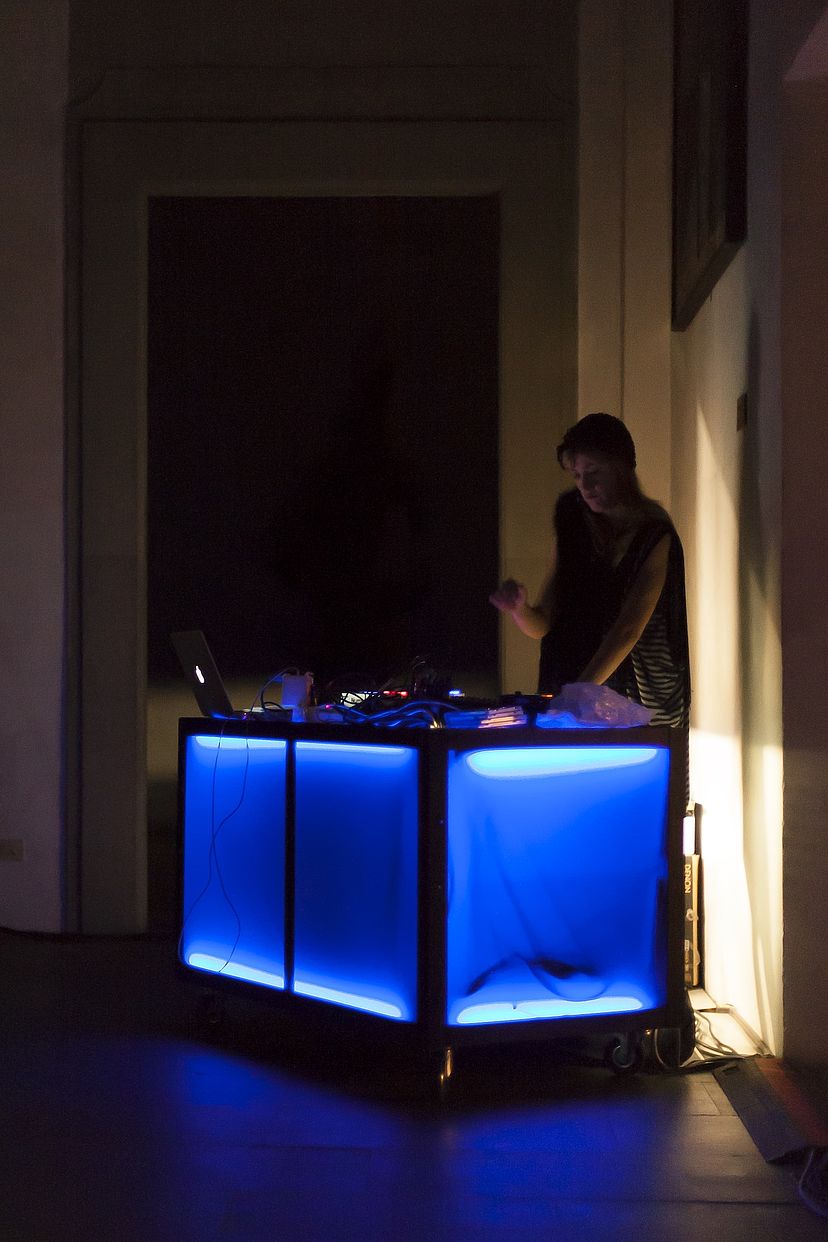 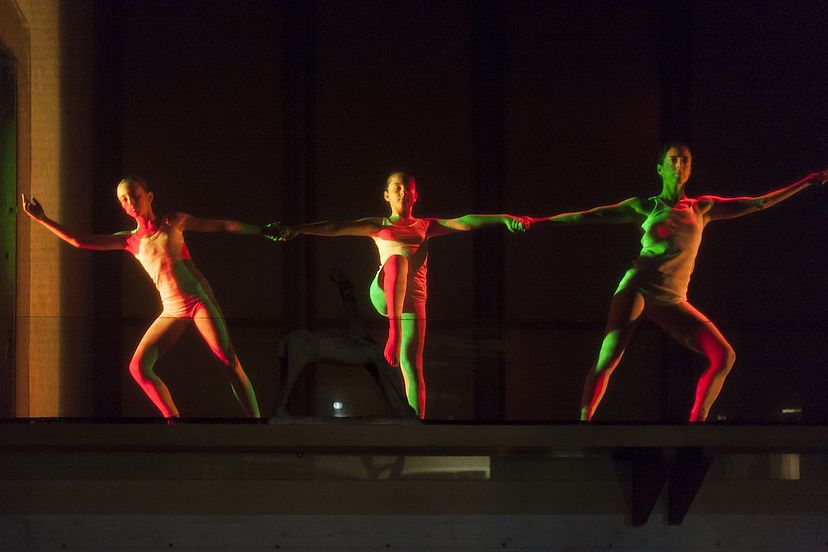 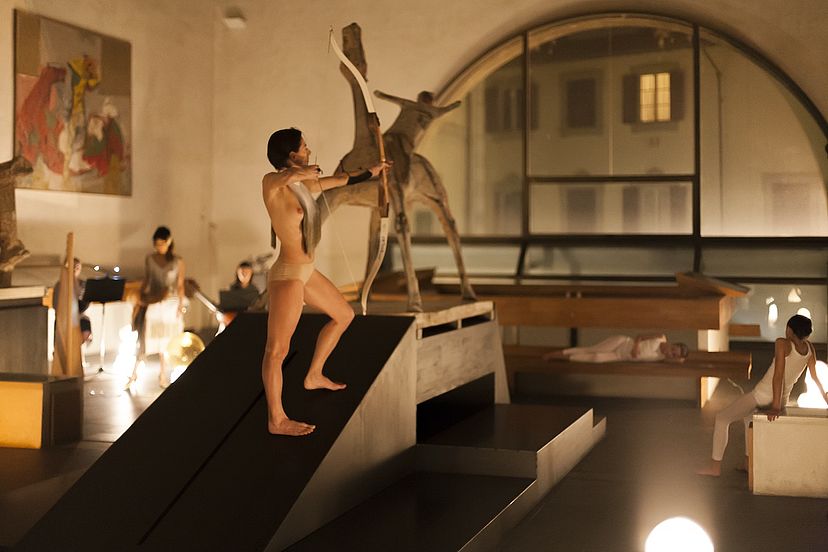 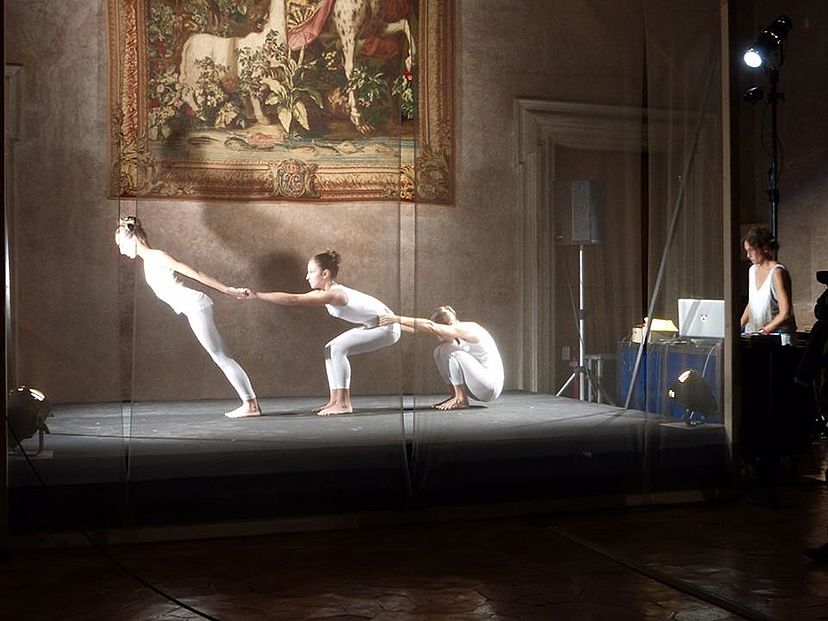 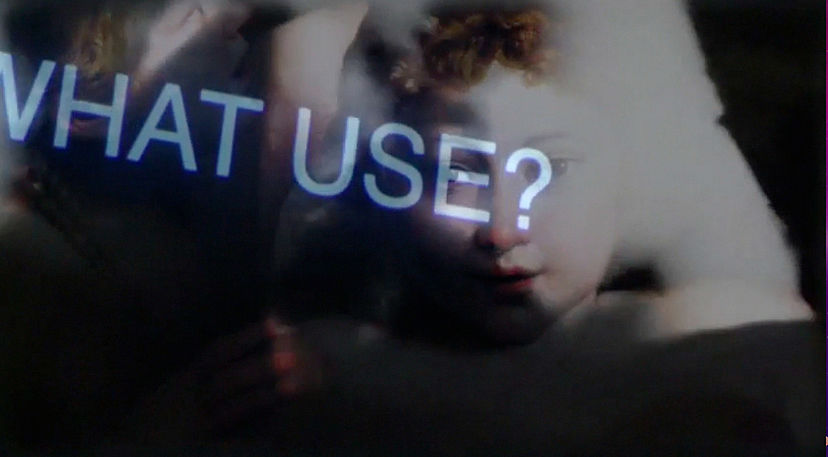