In spring 2022 Music Theatre NOW undertook another step for promoting the exchange between makers of music theatre – by bringing together young creators from several countries a new platform for dialogue, new work and international exchange was created.

Each of the artists is sponsored by one of the network members and will be in the program for a maximum duration of two years,

The group of artists is invited to selected events, festivals and other opportunities from our network partners and will regularly meet online in order to discuss recent developments in the genre, own projects and possibilities for collaboration.

The kickoff for the first edition of  this program took place in May 2022 hosted by O. Festival for Opera.Music.Theatre in Rotterdam.

Gabriele di Franco, born in Italy and residing in Brussels, is a multi-award-winning composer, writer, and guitarist, working in the contemporary field.

Gabriele is fascinated by storytelling and music and is interested in collaborations and explorations of new approaches to narration and composition.

Gabriele currently works actively in the field of composition for large ensembles, small ensembles, music-theatre, and is a published author. 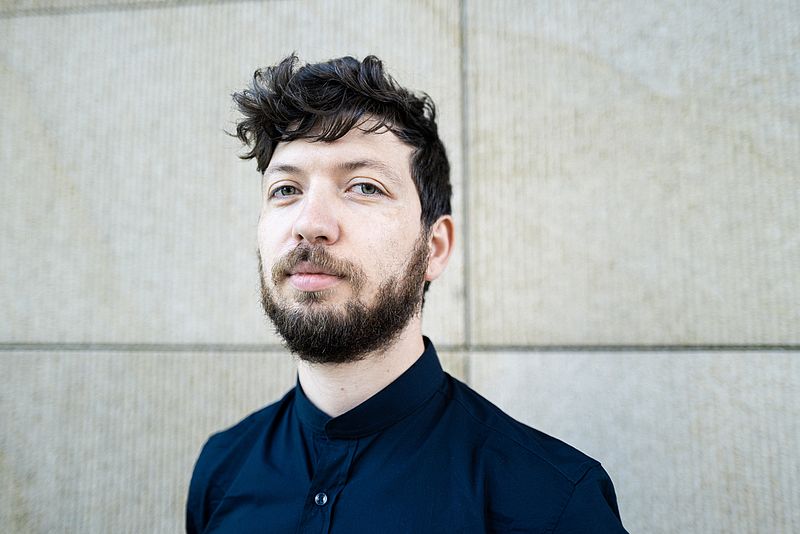 Beyond this taste for very diverse aesthetics and musical approaches, she is interested in the play of echoes between sounds, movements, and visual arts.

She regularly performs at the Dampfzentrale (Bern, CH), at the Musik Festival Bern(CH) and at the Gare du Nord (Basel, CH).

She has already performed in various productions at the intersection of performance, opera and sound installations: among others for the productions "The Navidson Records" by the collective The Navidsons (premiere: Munich Biennale 2016), "Das Glashaus" by Hans Wüthrich (premiere in 2018: Achtbrücken Köln, DE), Rotes Velo Kompagnie (premiere Grabenhalle, Sankt Gallen, CH), or in various projects in festivals such as Milano musica contemporanea(IT), Fête de la danse (Neuchâtel, CH), Neue Musik Rümlingen (CH).

She is also a member of the IGNM Bern (CH) committee, which organizes and curates concerts and projects at various locations in Bern.

In December 2020 she was awarded the "Coup de coeur" prize of the Canton of Bern.

Since 2018, Marie is produced by Maxine Devaud at oh-la-la performing arts production.

Timo Tembuyser (°1991, Aalst (Belgium)) is an Antwerp-based performer, singer, composer and theatre maker. He finished a Master’s Degree in Architecture & City Planning at Ghent University (BE) and graduated as a Performer at the Institute of Performative Arts in Maastricht (NL) and as a Singer at the Music Theatre department of the Conservatory in Rotterdam (Codarts University for the Arts). He finds himself creating and performing within a field that might be called “music theatre architecture”.

As a singer, he mends the EVTS-technique he is trained in with a more holistic way of approaching the voice, delving into hearing meditation and voice liberation. Singing in choirs for as long as he can remember, choir music is always at the core of his own work. Singing together as a metaphor for human interaction : different melodies, colliding into harmony or cacophony. His works build theatrical and spatial frames for new vocal compositions. 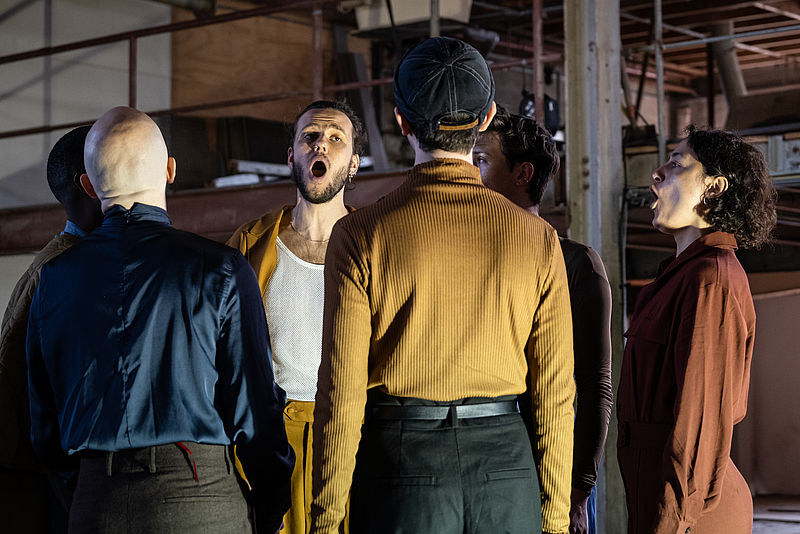